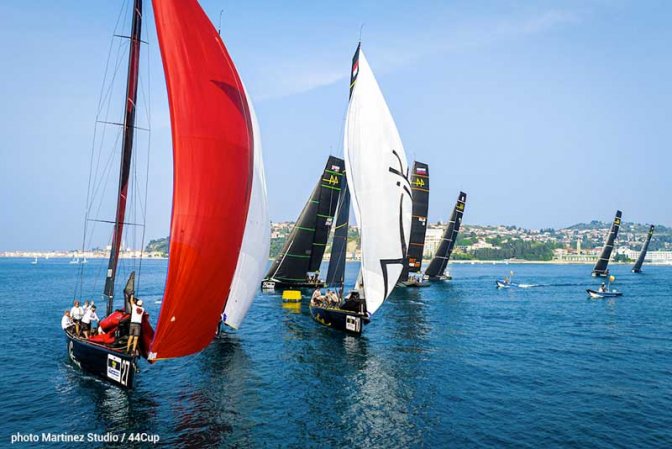 While racing in 44Cup events usually goes to the wire, decided in the last few metres of the final race, this hasn’t been the case this year when the dominant force has been Monaco-based Dutchman Nico Poons and his Charisma team.

Winning two bullets from two races on Friday put Charisma into the lead of this 44Cup Portorož World Championship, the pinnacle event of the season for the tweaky high performance one designs. Local Slovenian favourite Igor Lah and his Ceeref powered by Hrastnik 1860 was top scoring boat yesterday, but going into the final day still trailed Charisma by five points, albeit with a more comfortable eight point lead over third-placed Team Aqua.

The outlook for the final Sunday looked un-sailable with every forecast predicting sub-five knot breeze. Waiting out on the water Chris Bake was deserted on board Team Aqua, left to sail his RC44 singlehanded to much woops and hollering of encouragement from his crew in the support RIB. Several other brave singlehanded owner-drivers lined up against him in a mini-race.

Ultimately the wind did stabilise and, with anemometers barely rotating, a final race was started deep into the Bay of Piran, a stone’s throw from Portorož Marina. The two top teams didn’t engage – Ceeref headed left, Charisma right, up the first beat. Charisma prevailed, getting the inside berth to Christian Zuerrer’s Black Star Sailing Team at the top mark while Ceeref rounded a close fifth, immediately gybing. On the run Charisma remained on starboard, a tactic that paid as she led into the bottom gate ahead of Black Star. From there Charisma sailed her own race and despite splitting from the pack (or they from her) when she gybed early on the final run, went on to score her fifth bullet of the championship from 10 races.

Incredibly this was the third consecutive 44Cup event that Charisma has won this season, a feat only previously achieved by Team Aqua during their peak period in 2011. While five out of the eight teams competing here have previously won the RC44 World Championship, this was the first time for Poons and Charisma. “In the light weather I didn’t expect to do that well,” commented the delighted Dutchman. “But in the end it was all good ! It was quite tiring especially because of the light wind. I am not so much of a light wind specialist, so I had to focus on that, but we succeeded.”

Poons attributed their success to their consistency of their crew. This comprised Hamish Pepper (tactician), Chris Hosking (main trimmer), Ross Halcrow (headsail trimmer), Dimitri Simmons (offside trimmer), Ryan Godfrey (pit), Ivan Peute (bow) and Robin Jacobs (grinder), supported by coach Morgan Reeser, boat captain Julian Hampe, Sam Poons and Sophie Heritage : “Outside of sailing, the team is quite relaxed with themselves. We have Julian, who is doing a very good job together with Sophie. Hamish is a very special talent and without him we wouldn’t have this success. But the whole crew is special – Chriso, Rosco have sailed a long time with me now and Ivan is the longest serving.”

Of their success, Hamish Pepper commented : “We knew this week was going to be tough and we worked hard on our light air performance. Even last night we were talking about how we could improve and do a better job. The guys on the boat are so damn good that I don’t need to be concerned about anything. It gives me the opportunity to be the best I can at my job. We were really fast downwind this week. I don’t know why. Rosco and Chriso and Nico really worked the boat well and the guys on the bow were using their bodyweight to help.”

Of today’s race Pepper added : “We didn’t want to engage too much. Just sail as clean a race ourselves and do the best we could. We managed to get to the right side of the course and a few breaks went our way. We were very happy.”

While they won here in Portorož at the beginning of the 2021 season, Ceeref’s Igor Lah was gracious in defeat. “It was almost impossible to win with only one race, so it was all or nothing. I really liked this event…it was light wind but it was spectacular and great sailing.” He added that because the RC44 has a Slovenian design in Audrej Justin, the RC44 is almost considered the nation boat. Certainly this event has attracted more local media interest and sponsorship than any other in the 44Cup calendar.

RC44 Class President Chris Bake made it to the last spot on the podium, largely thanks to being one of yesterday’s top scoring boats but also due to today’s third place for his Team Aqua. Of this week Bake observed : “I don’ think that there are many boats out there that in 5-6 knots of breeze could go out and have the type of racing that we’ve had. We had a good race in 5.5 knots today which is great testament for the class.” 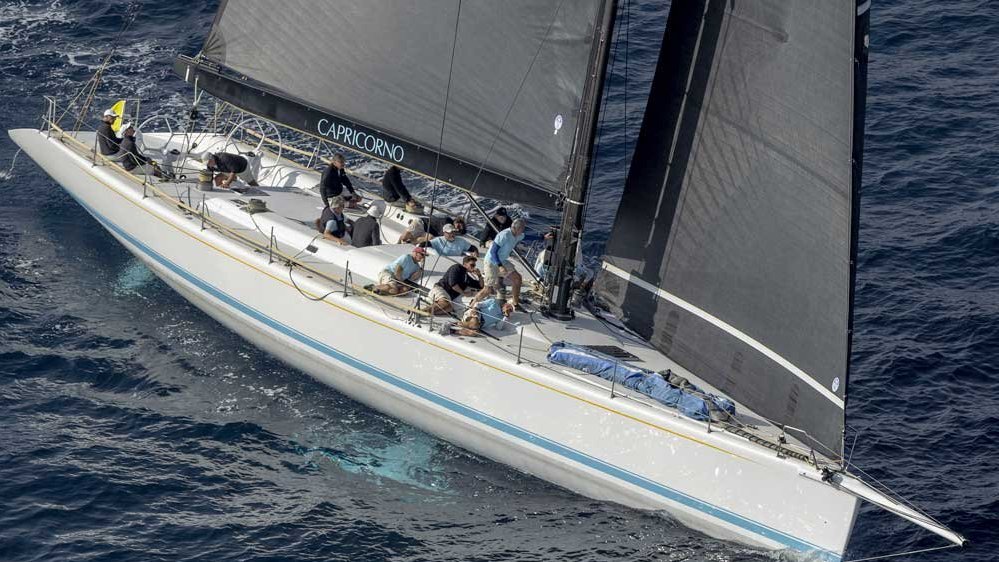 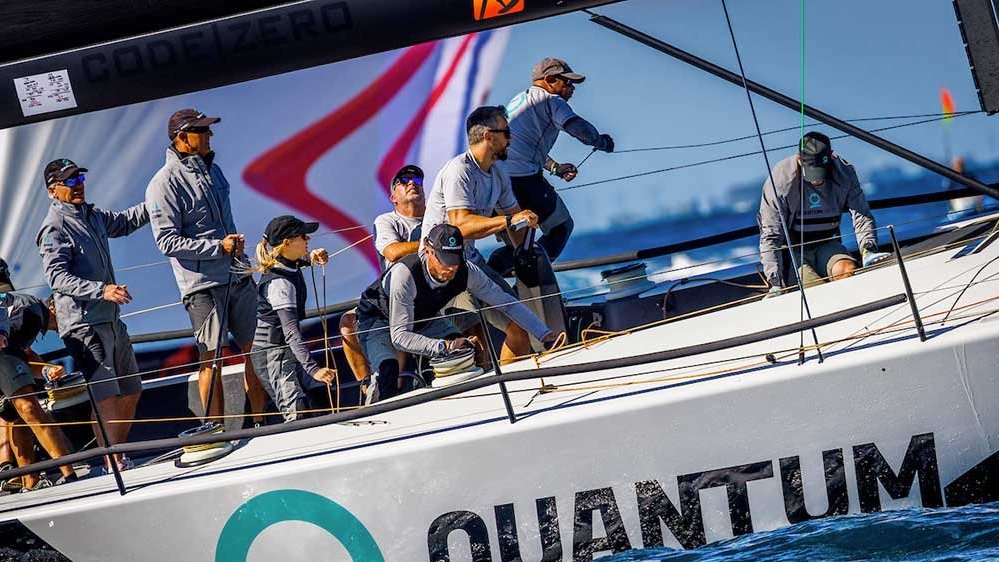 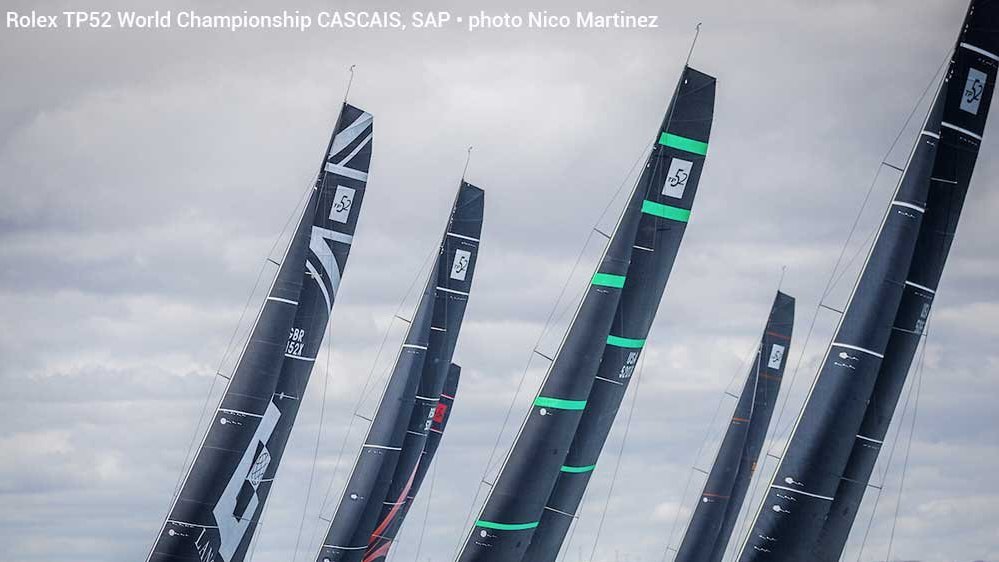 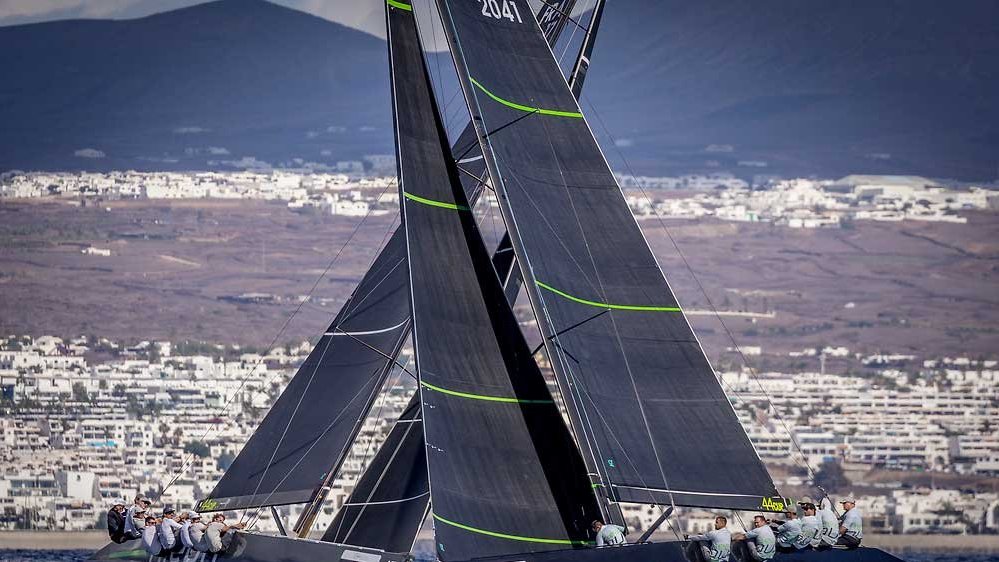