Aymeric Belloir wins the series division of the 2013 Mini Transat 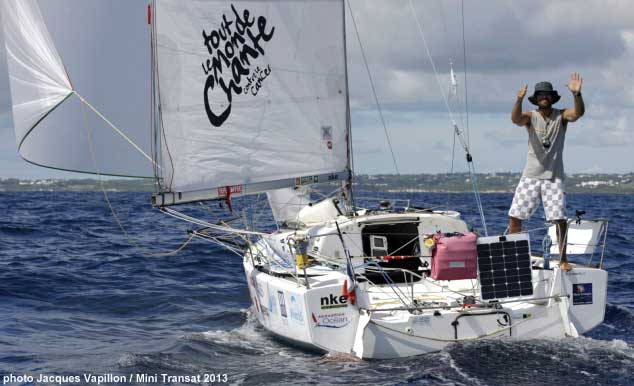 The only thing we can blame Aymeric Belloir for, is killing the suspense in the series boat race. Before the start, we foretold a knife fight in this category and instead there has been a quiet loner riding out on his own.

Aymeric Belloir moved into pole position on the second day of racing and then never left, quite the contrary. Early on he saw the abandonment of some of his most dangerous opponents : Damien Cloarec (Lomig) was forced to stay ashore for medical reasons, then Ian Lipinski (Pas de Futur sans Numérique) triggered his beacon and Clement Bouyssou (no War) had to throw in the towel after a lot of breakages along the coast of Portugal. Another of his main rivals, Renaud Mary (runo.fr) had to visit Lanzarote opening the way for the trio of Nacira 650s, Aymeric Belloir, Justine Mettraux (TeamWork) and Simon Koster (Go 4 It).

Thereafter he continued to widen the gap as he descended into the tradewinds. He managed to narrowly escape the trap of the depression that formed over the route for the majority of the squad. But what impresses most is the consistency of his progress, clear routing that gave the impression of perfectly controlled navigation. Aymeric had the experience of nine Atlantic crossings, they have played a key role in the quality of his route. The last contact Aymeric had with the earth was in Lanzarote where, during a VHF conversation with relatives, he confided that he felt fit and headed into the Atlantic with his boat in perfect condition.

By winning the Yslab Ranking so impressively, Aymeric betters the achievement of Francisco Lobato who finished seventh in the overall ranking in 2009. The best performance of a series boat remains that of Laurent Bourgnon who finished second in the Mini Transat in 1987, behind Gilles Chiori and ahead of one Isabelle Autissier. But since then, a series boat has never achieved such a feat. Aymeric does not hold the title Champion of French Offshore Racing for nothing ...

The first words of Aymeric Belloir

"It was difficult to manage. I had to know how to rest when needed, but also when to put the brakes on when conditions became too harsh. The first night I just flopped down and I sailed goosewinged downwind. I certainly was not the fastest, but I was making very good progress ... "

"Early on I broke my boom vang. I also bent a stanchion. But something good came out of something bad and I was able to retrieve a piece of the stanchion to make a splint on the vang. "

"I already had a little buffer when we got to the Canary Islands, but I was still under threat from Justine and Simon. I made my choice of trajectory at that time and behind me things had to run their course. A few days after we passed Gran Canaria, I could see that the weather favored the leaders. I took the opportunity to run my own race, to pick my routing."

"I’m really happy to be associated with all the volunteers who are involved in this fight. If I can help spread the word of their daily battle, I am very honoured."

How to become deaf !

"The only concern was listening to the weather forecast on the SSB. There was so much noise that I had to listen on the headphones with the volume turned up. I ended up with tinnitus, it was horrible ... " 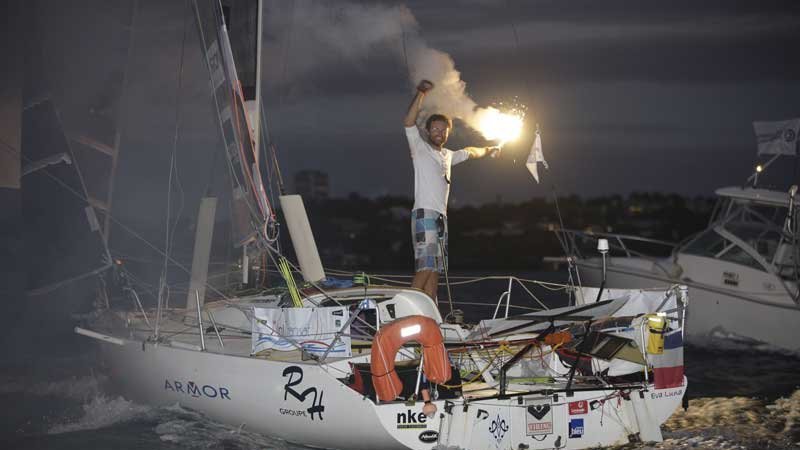 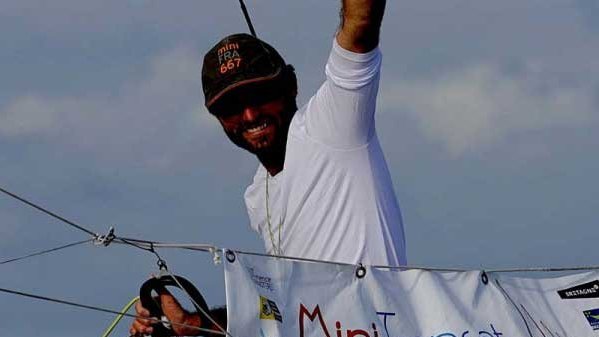 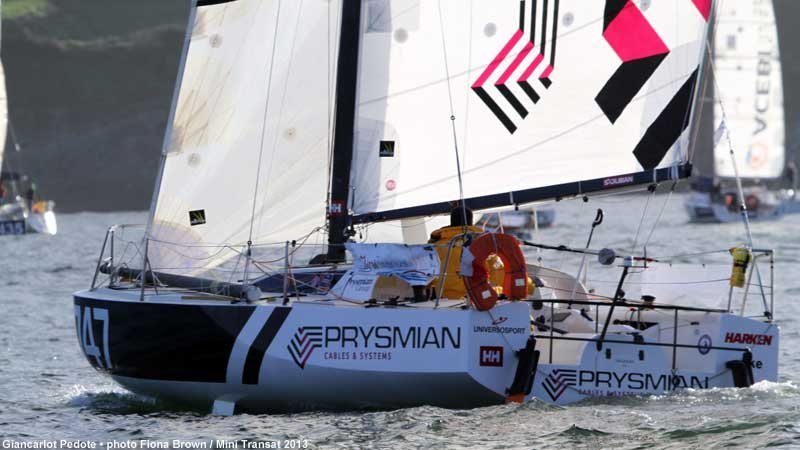 Mini-Transat : The Mini Transat will start from Sada and go directly to Point-a-Pitre 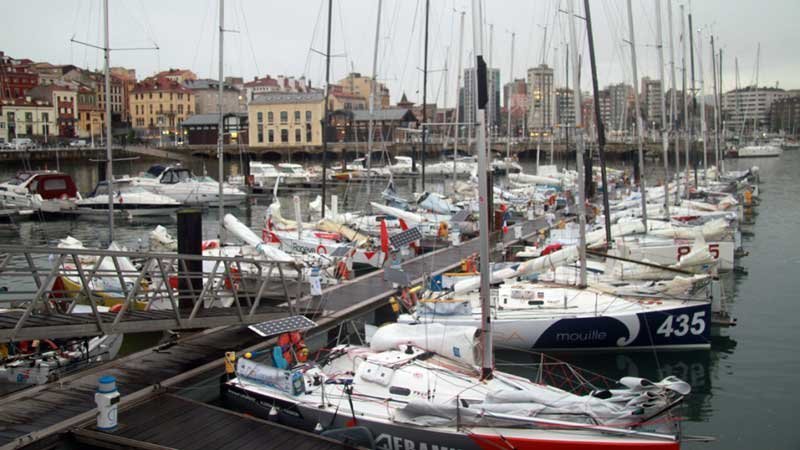