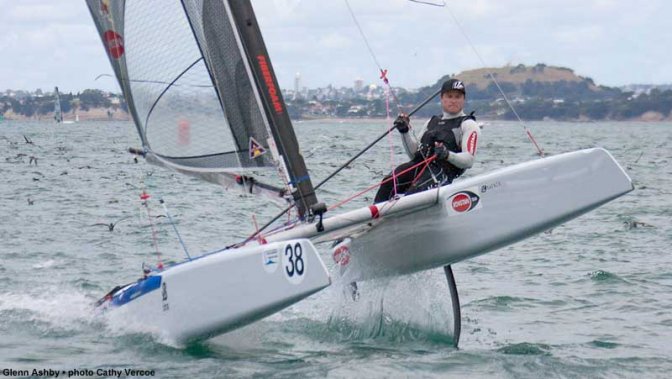 The final race results do little to upset the leader board, and if anything go on to cement the three top racers in their podium places. The 2014 A-Class World Champion is Glenn Ashby (AUS), second is Blair Tuke (NZL) with Peter Burling (NZL) in third. Most notable perhaps is the fact that the top four places are all members of the America’s Cup America's Cup #AmericasCup syndicate Emirates Team New Zealand.

Ashby was among the leaders off the line followed by Tuke and Burling looking for wind in toward the shore before heading out to the middle of the course. By the top mark Ashby had secured the lead. At the first bottom mark it was still Ashby followed by Peter Melvin and Blair Tuke. Most of the fleet appeared to favour the shore and left side of the course following Glenn Ashby. Peter Burling, Blair Tuke and Nathan Outteridge took the right hand side of the course on the final beat hoping for a wind shift to allow them to make a significant gain on Glenn Ashby. The wind shifted some 120 degrees and in the end the right paid dividends, compressing the frontrunners, and giving many a chance by the final top mark. Glenn Ashby had a bad gybe at the top mark and left the door open for Nathan Outteridge to pass on the run home.

Nathan Outerridge crossed ahead of Glenn Ashby from Ray Davies and Blair Tuke. Nathan Outerridge had built his reputation for being a master in light conditions and displayed his immense talent by foiling across the line to a round of Australian Cheering.

Glen Ashby said at the finish : “It’s one from the best world championships I’ve been to from the point of view of all the new technology introduced to the class and the ideas from people from all over the world here at the regatta.” 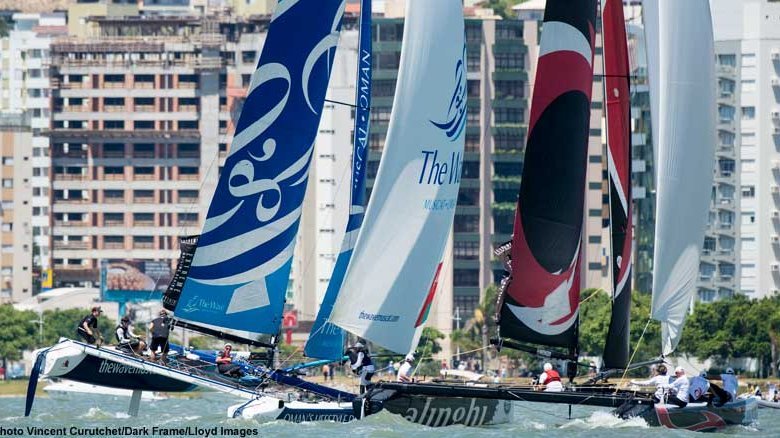 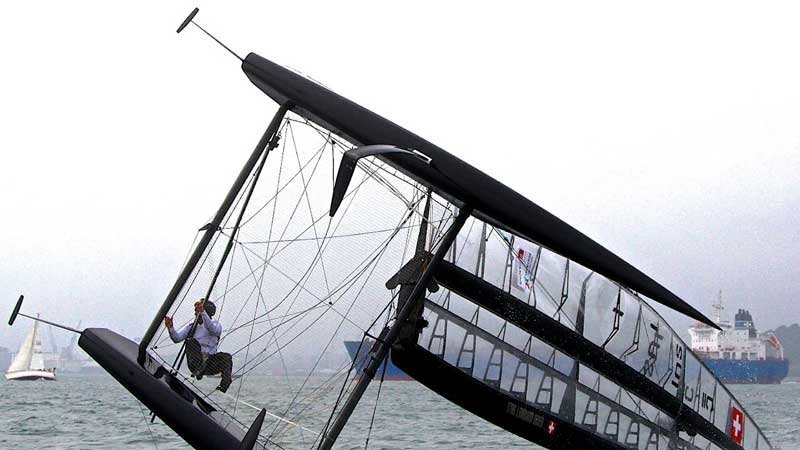