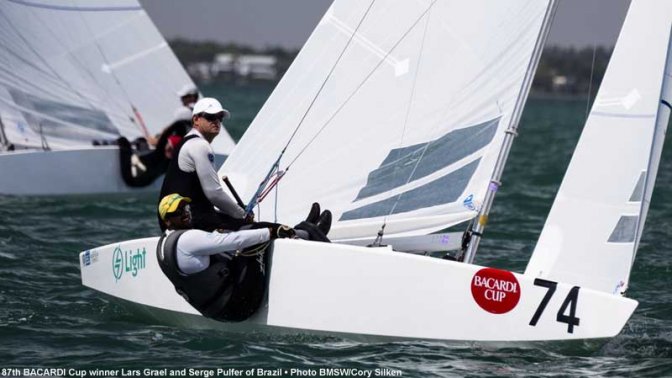 Wrapping up a six-day schedule today, the 180 teams racing in six one-design classes – Audi Melges 20, J/70, Melges 24, Star, Viper 640 and VX One – completed enough races for the victors to collect the spoils, and, with the mid-day cancellation of additional races the sailors had ample time to enjoy the legendary hospitality of Bacardi.

Since 2000, there has been a jinx for the day one winning Star team as none in that position has gone on to claim the prized BACARDI Cup. That was the case again this year for Mark Reynolds (San Diego, Calif.) and Miami sailor Magnus Liljedahl, who won the first race of the series to jump to the top of the 55-boat Star fleet. The duo, who shared both Olympic Gold and a Star World Championship win in 2000, had not sailed together for 10 years.

“I’m from Miami, live here, have a lot of friends and this result [second overall] feels like a win,” said Liljedahl who has more wins of the Bacardi Cup (five) than any other crew in the event’s history, while Reynolds holds the record Record #sailingrecord (seven) for skippers. “It was a good event for Mark and me. I have a lot of respect for him, he is an outstanding skipper, he is very balanced and I like racing with him.”

Lars Grael of Brazil, the two-time (’88, ’96) Tornado Olympic Medalist, with crew Samuel Gonzalves, moved to the top of the Star standings on the second day of racing and held that position to the end. They took the win with five points, holding a five-point lead over Reynolds and Liljedahl.

“This is great, it’s my first BACARDI Cup and it’s the first for a Brazilian boat,” said Lars Grael. “I’m very proud. Last year we got close and this year we sealed the deal. We started off with two seconds and a first ; we dropped our bad race from the other day. Yesterday we had too much wind, today too little, and with our conservative approach we took it home.”

“The fleet was very competitive ; there was a very high level of sailing,” said Bill Hardesty who was John Taylor’s tactician. “It was great sailing against the best of them. [We] won worlds in December and the hardest thing to do is to come back and win again.”

“Coming from the northwest to sail in Miami was a great change of pace,” said Welch. “We have not been able to sail since last fall. First day we hit a snag ; our anchor line wrapped around our keel. So Friday our strategy was to just avoid disaster and sail smooth. Friday was the best sailing day we have had in a very long time. This was a great event to be part of. We hope to be back next year. The race committee did a great job of setting the course up.”

“Out of all the regattas this was a really great one to win,” said Welles. “We had a great start, good team work, nice speed and a little luck. The first day we had about 10 knots, second day we had about 20. So I would say today they made a good choice to not race [today]. Coming from Newport we really love coming to BACARDI and we are so glad they invited the J/70 class to be part of it.”

“I am very happy to break my streak of placing second,” said Lotz who had his wife, Wendy, and Luke Lawrence as crew. “I was neck and neck with Brad Boston, who sailed very well ! I would also like to add how great it was to sail with all the international teams who crossed the pond to be part of this race. I think the key factor to our win is that we really sailed as a team. We worked hard with the breeze on Thursday and Friday. This was mine and my wife’s second time sailing in this race ; we have been sailing together for a little over a year now.”

In the VX One class, Donovan Brennan (Mobile, Ala.) took the win in that 21-strong fleet with seven points after finishes of 5-1-1. David Bolyard (Portsmouth, R.I.) and Kevin Northrop (Daphne, Alabama), were second and third, respectively, tied on eight points each. David Reich (Trussville, Ala.) took fourth overall with 13 points ; Charles Brown (Newport, R.I.) finished fifth with 14 points.

“Wow, winning this race was extraordinary for a couple reasons,” said Brennan who sailed with his son and daughter. “I won it with my family. I came into it with no expectations. I believe we won on energy and as for technicalities go we had a flatter give then the others did. We were at 23 knots yesterday. Winning was just as great as it was running into old friends and Olympians. This was my first BACARDI and probably will not be my last.” 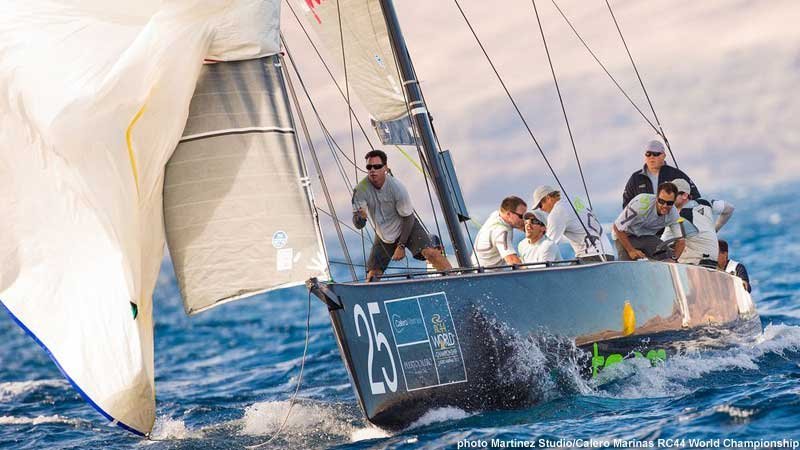 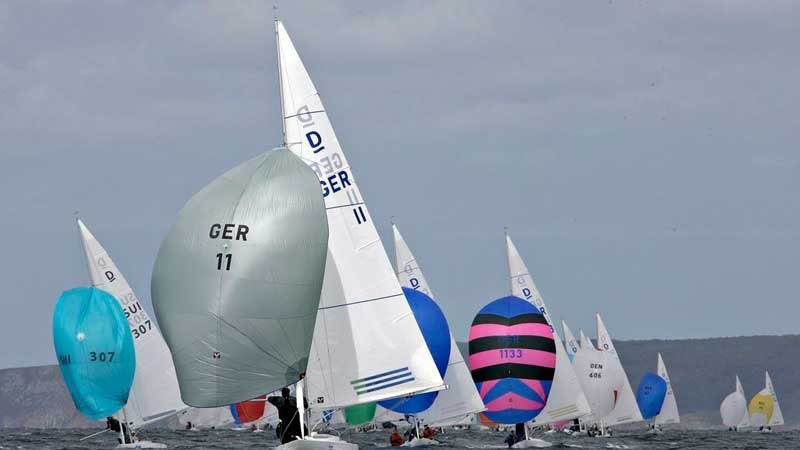