Loïck Peyron : "See you there"

French sailing legend has committed his future to the Swedish team 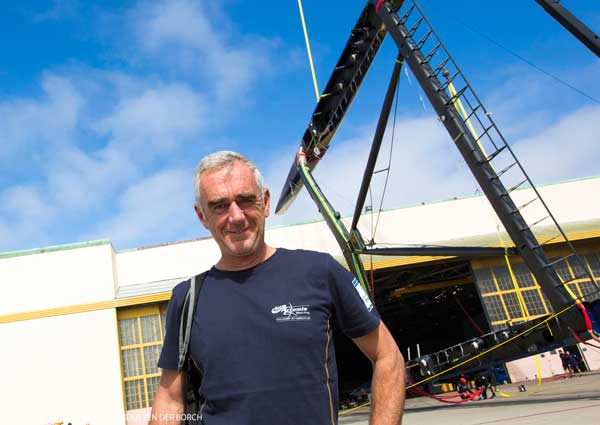 Artemis Racing announced today that French sailing legend Loïck Peyron has committed his future to the Swedish team as a member of the design group and helmsman. Following his role as technical coach and helmsman during the 34th America’s Cup America's Cup #AmericasCup , Loïck brings his renowned versatility and unparalleled experience to Artemis Racing.

On rejoining the team Loïck commented “I have been involved in two America’s Cups, but always just for the final year of the campaign. What’s great about today is that I’m with a team I really like, at the beginning of the game, when there is a blank piece of paper and everyone’s heads are burning with excitement. With Alinghi I had the chance to spend the final 12 months with a team that had dominated the America’s Cup America's Cup #AmericasCup for a number of years; and with Artemis Racing; it feels like I’m now involved with a team that will be the dominant force of the future”.

Peyron, who joined Artemis Racing in 2012, had a key role in developing the team’s ability to sail the AC72 AC72 #AC72 during last campaign.

Commenting on his new role “the America’s Cup America's Cup #AmericasCup is a story of communication Communication #Communication , a melting pot of different cultures; not just in terms of nationality but also in terms of sailing culture. I like to buzz everywhere, that’s the way a solo sailor has to live, because you need to have the answer to any question or any situation. I’m very happy to act as backup helmsman but also really looking forward to offering support in other areas of the campaign” said Loïck.

Loïck is one of the most experienced and successful multihull sailors in history, having crossed the Atlantic 48 times including eighteen single-handedly. He has an outstanding record Record #sailingrecord of achievement: five ORMA champion titles, sixteen Grand Prix victories, three Single-handed Transatlantic Race victories and two victories in the Transat Jacques Vabre Transat Jacques Vabre #TJV2015 in 1999 and 2005. In 2011 he won the Barcelona World Race Barcelona World Race #barcelonaworldrace in a monohull, went on to win the Trophée SNSM, and then set the Round Britain and Ireland record Record #sailingrecord aboard the Banque Populair V maxi-trimaran.

Helmsman Nathan Outteridge commented “it’s great that we have been able to retain so much talent from the last campaign, to keep the consistency. To be able to tap into Loïck’s unrivalled experience of multihull sailing, and his connection not just with the sailors but with the designers as well, is a big skill to have within the team”.