Dona Bertarelli : "We are very happy to have beaten Loïck Peyron’s record"

Yann Guichard : "our next goal, the Jules Verne Trophy this winter"

Spindrift 2 arrived in St Malo this evening (Tuesday) having crossed the Atlantic Ocean in a just over 6 days at an average speed of just over 22 knots in the ninth edition of the Transat The Transat #thetransat #ostar Quebec-St Malo.

After 3212 miles of racing, Yann Guichard and Dona Bertarelli and the 12-strong crew crossed the finish line in their black and gold boat at 23h17m41s (local time), winning not just line honours but smashing Loïck Peyron’s 1996 race record Record #sailingrecord by just under two days.

The multihull specialists established a new race record Record #sailingrecord of 6 days 1 hour 17 minutes and 41 seconds, beating the previous record set by Peyron in 1996 onboard the trimaran Orma Fujicolor II by 1 day, 19 hours 6 minutes and 19 seconds. Spindrift 2 started the race three days after the monohulls and multihulls in the race, and their line honours and record performance further underlines the potential and performance of this legendary boat.

Led by the multihull specialist Yann Guichard, the crew worked hard to maximise every aspect of the boat’s performance as well as take advantage of the variety of weather conditions.

"We are super happy with our tim. Before the start we thought it might be possible and thought that we might be able to do it in under the seven days, but to have gone down to six days is pretty amazing. The whole team did a great job. I did the Transat The Transat #thetransat #ostar in 2004 but unfortunately had to give up mid Atlantic so now to be able to finish, and the beat the record is great.

We had three new people onboard and everything went well. We had two English sailors [Sam Goodchild & Jack Boutelle] and they adapted very quickly to the boat and their watch systems, and fitted in well with the team. I am delighted as it will be two new people to join us around the world. They don’t know that yet, so they might find out if they listen to what I am saying to you ! The team spirit on board was great and we could happily cross the Atlantic again tomorrow or sail around the world !

Dona and I have managed to create a team of people like us - passionate about the sea and about performance - and this quick Atlantic crossing has further underlined this.

It was an incredible race and it was a lot of fun. I can’t wait to do it again in four years time and try and beat our record as well as win the race ! Starting three days after the rest of the fleet, even if the boat is big and fast, it was incredible to be able to catch up with and pass the Multi 50s the day before we won the race.

The plan is to stay here for a few days and then take the boat back to our base in La Trinite sur Mer and start our preparations for our next goal, the Jules Verne Trophy this winter."

"’It is a great sporting and human achievement and this is a race that I have wanted to do for a number of years. The course is beautiful- starting in Quebec and sailing down the St Lawrence with all it’s mythical landmarks like the Percé Rock, Saint Pierre et Miquelon and the Fastnet, and then arriving into St Malo. There are many races in one race. You cannot sail fast in the St Lawrence because it is very narrow and there are also speed limits to protect the beluga whales as well as needing to be aware of the all the other cetaceans before being able to accelerate out into the Atlantic. There are many aspects to this race, which makes it very beautiful and very special.

We are very happy to have beaten Loïck Peyron’s record. It is difficult to beat records when you are taking part in an actual race as you cannot chose the best weather window to start, especially as we had lighter winds just before our arrival. But it is a good record and we are very proud of what we have done today." 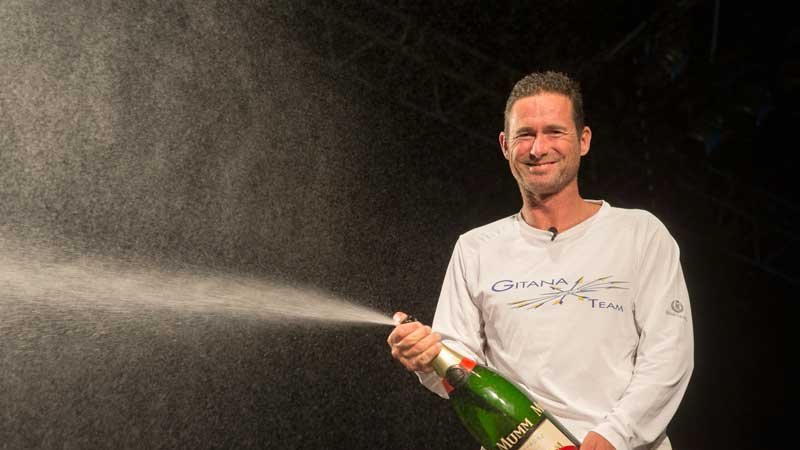 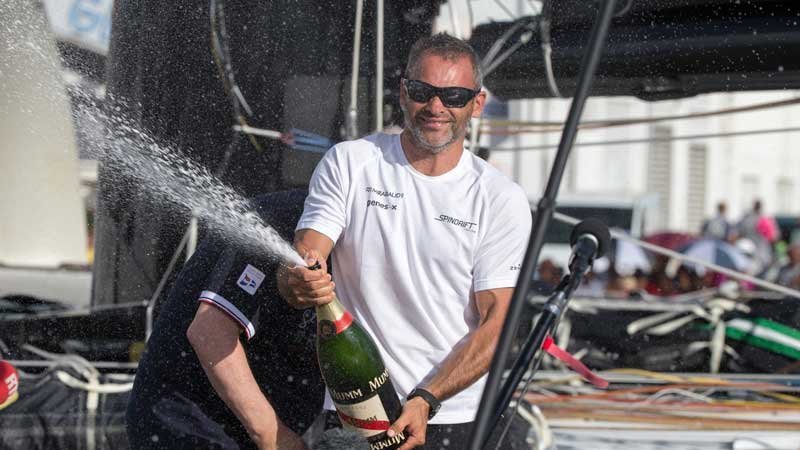 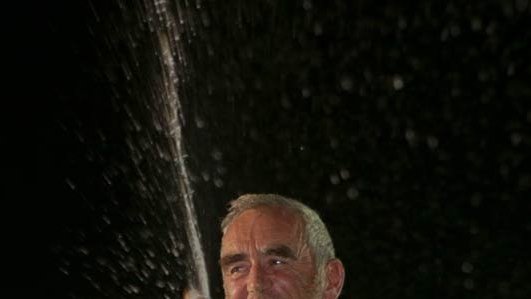 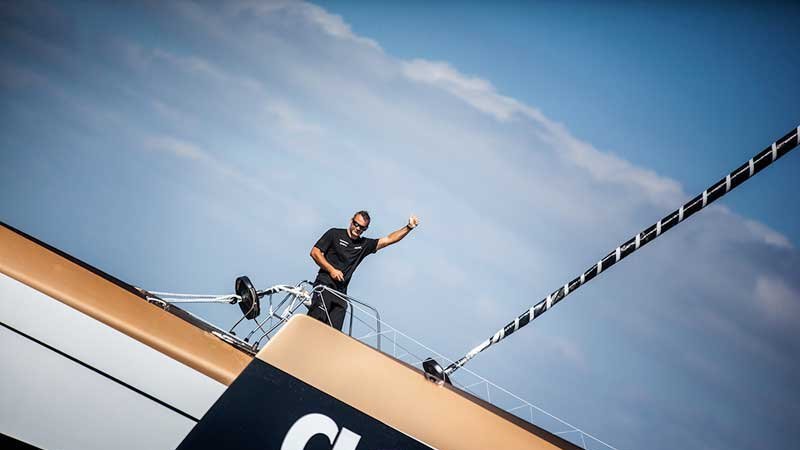