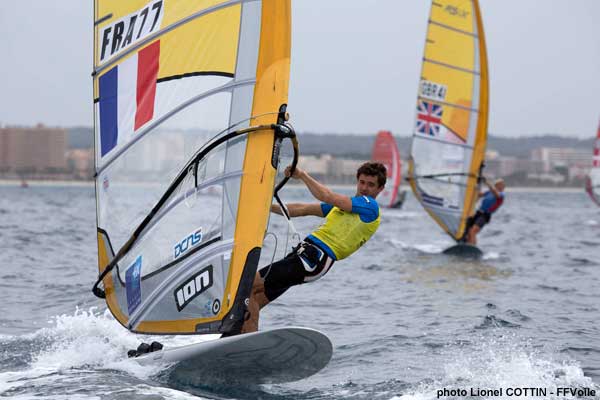 The Men’s 470 lead went to and fro all week but Sime Fantela and Igor Marenic (CRO) held their nerve to add a gold medal to their two silvers from the 2013-2014 ISAF Sailing World Cup series.

Holding a seven point lead going into the Medal Race the Croatians had breathing space as a sixth place sealed the deal. On their victory Fantela said, "In two words, really happy. We worked quite hard this winter, we’ve been to all of the World Cups and we really like that we won. For us this is the hardest race since we started and winning this means a lot to us.”

Fantela added, "Winning here is really special. All week we sailed really good and to end the regatta with such an interesting Medal Race was really fun and we are really happy with our performance.”

An OCS for Lucas Calabrese and Juan de la Fuente saw the Argentineans drop out of the top three. Sweden’s Anton Dahlberg and Fredrik Bergstrom were the benefactors of the Argentineans demise and having won the Medal Race they slipped into second.

ISAF Rolex World Sailor of the Year Mat Belcher and Will Ryan (AUS) finished fifth in the Medal Race and whilst they end tied on 72 points with the Swedes they take bronze by nature of count back.

Female ISAF Rolex World Sailors of the Year Jo Aleh and Polly Powrie (NZL) won the Women’s 470 Medal Race and with it gold as they made it three consecutive 200-point regatta wins in a row.

Aleh explained the day, "It was a pretty stressful Medal Race, it went well for us but it was pretty hard work.

"The French were seven points clear of us and we knew we had to get three points between us to beat them. We stayed really close and came out of the start better, from there we just tried to sail the race, get away and get boats in between and we just managed to get enough boats in.

"It took us a while to fire, we were a bit slow at the beginning but we’ve come right by the end.”

France’s Camille Lecointre and Hélène Defrance had held the lead in the Women’s 470 for the large part of the week but came undone on the final day as a sixth knocked them off gold medal position. They were made to settle for silver whilst bronze went to Hannah Mills and Saskia Clark (GBR).