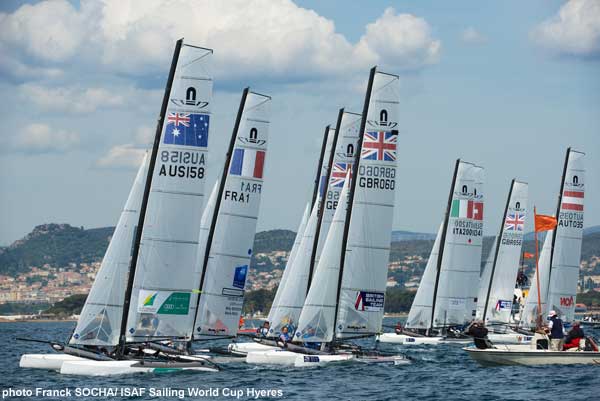 From the words of the sailors competing at ISAF Sailing World Cup Hyères it was a beautiful ending to a perfect week. More than 1,100 sailors from 59 nations raced at the final ISAF Sailing World Cup regatta of the 2013-2014 series and were treated to exceptional race action. Medals across the ten Olympic events were decided on the final day with a 10-12 knot westerly breeze on flat water bringing a superb week to an end

Three points split Andy Maloney (NZL) and Tom Burton (AUS) going into the Medal Race and it was Burton who came out on top in a thrilling conclusion.

"It was a bit surreal,” said an ecstatic Burton after racing. "I think that was one of the closest races I’ve done in a long time, if not ever. It was pretty exciting.”

Burton finished fifth to Maloney’s seventh which handed him gold.

"I didn’t have the best of first beats. I think I rounded in maybe seventh or eighth at the top and the guys were all in front of me which wasn’t ideal,” explained Burton.

"I just hung in there and Andy got a yellow flag on the first run that put me in front of him but at the second top mark I was directly in front of him so he still had it.

"In the last run it was a bit dicey with big pressure differences and on the line I crossed in front of him by a boat length and then there was a boat in between us two. I only beat him by a nose, it was such a close race.

"I’m pretty stoked. I won here last year and the goal was to come and win again after winning last week in Palma. It was a close race but I’m happy to take the win.”

Maloney went in to the Medal Race with a strong plan but was visibly disappointed ashore as things did not quite go his way,

"It was really tough, like it always was going to be in the Medal Race. I was really close with TB [Tom Burton] going into it. The game plan was to lead at the top mark and then evaluate from there. I knew what I needed to do.

"I got behind him on the final run and it was looking good right near the finish line. I was just sticking with Tom and then the French guy just slipped in right between us.

"It’s tough to take but there are a lot of good points we can take out of this week.” 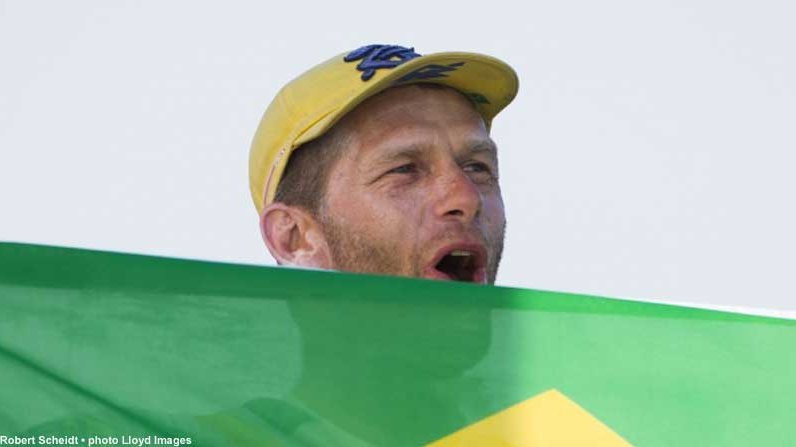