Mark Turner : "When I look back I’m not quite sure how we made all that happen"

Télégramme Group, a major French media, sports and entertainment group, as part of their diversification and development strategy have acquired a majority shareholding in OC Sport, the global sports marketing company specialising in professional sailing and outdoor events.

Operating globally from bases in the UK, Switzerland, France and Singapore, OC Sport is an award-winning and leading event management company and rights holder, it manages competitive teams and athletes and provides consultancy to global brands, host venues and other event organisers. In 2014 OC Sport’s international team will be involved in more than 200 days of events and competition, across 36 events in 15 countries on 4 continents, Asia being a key element in OC Sport’s development strategy.

In 2010, after finishing her sailing career and focusing on her own foundation in the area of sustainability, Mark Turner bought out MacArthur and brought in Rémi Duchemin as both a major shareholder and CEO. The two have led the company through a period of significant growth, backed by various investors that have helped the company continue to launch new projects. Today, Télégramme Group has acquired a majority of the share capital of the group, with Duchemin and Turner remaining as shareholders for the next chapter of OC Sport’s journey.

“Mark and I would really like to thank the outgoing shareholders, both currently and those of the past few years, who have stuck by us as we’ve continued to run at a fast pace, often taking significant risks, to be able to develop the sports and properties we are involved in. This next chapter will give us a new foundation for continuing to take on new projects and developing new game-changing ideas – that is what gets OC Sport people excited, and it’s what we do best. Our mission to use sport to inspire the public, sponsors and cities alike to take on new challenges will remain unchanged. The focus of OC Sport will continue on international development utilising its sailing and outdoor sports know-how,” said Rémi Duchemin, CEO.

The Télégramme Group has been a media specialist for 70 years, and more recently acquired an events portfolio in sport and entertainment, including in sailing the famous Route du Rhum Route du Rhum #RouteDuRhum Destination Guadeloupe, the event that launched Ellen MacArthur’s career and indeed OC Sport in 1998, and the Solitaire du Figaro Solitaire du Figaro #LaSolitaire Eric Bompard, the entire focus of OC Sport’s Artemis Offshore Academy. Furthermore, Télégramme Group as guardians of the Pen Duick brand, and the name of the boats sailed by French legend Eric Tabarly, have one even more important link to OC Sport : Tabarly made his name through winning The Transat The Transat #thetransat #ostar in 1964, an event that OC Sport rescued in 2004 and will run again in 2016.

Roland Tresca, Télégramme Group’s representative and new President of the Board of OC Sport, added :

“We have been watching OC Sport for many years, and we are delighted to be able to combine forces going forward, to both solidify our position in France but, more importantly, to take Télégramme Group into new territories, sports and opportunities.”

As a conclusion, Mark Turner stated :

“In the past few years we’ve helped take the sport of sailing to new audiences all around the world, creating the Barcelona World Race Barcelona World Race #barcelonaworldrace , the award-winning and game-changing Extreme Sailing Series Extreme Sailing Series #extremesailing , helped establish the ground-breaking Oman Sail project in a country where the sport didn’t exist, developed an Academy in the UK which is now starting to produce future solo sailing stars, launched four years ago the ultimate amateur cycling races in the world, developed significantly some of the largest running events in Europe, and most recently taken on the huge challenge of a Chinese backed, and partly Chinese crewed, Volvo Ocean Race Volvo Ocean Race #VolvoOceanRace campaign.

“When I look back I’m not quite sure how we made all that happen – for sure, this is largely due to the amazing set of people that work at OC Sport – and the confidence shown in us by various investors along the way. Keeping our company dynamic and being ready to take on what others consider impossible, will be key for us going forward, but now with a strong single shareholder to back us up.”

The company was renamed in 2012, OC Sport, from the merger of three entities – PCA/Ocho Sport, OC Group and ThirdPole with the support of Matignon Investissement – and has developed strong expertise in consulting, project management and event management.

PCA was founded by Patrice Clerc who has built up over the past 35 years a unique experience in the creation, management and development of major sporting events. Patrice was the Chairman and CEO of Amaury Sport Organisation (Tour de France, Dakar Rally, French Golf Open…) between 2000 to 2008, and CEO of Roland-Garros from 1984 to 2000.

Rémi Duchemin created ThirdPole in 2009 with the objective of organising events in the world of endurance and mountain sports ; as well as advising brands, public authorities and other promoters involved in the outdoors. ThirdPole merged with OC Group in September 2010, to form OC ThirdPole that then evolved into OC Sport in June 2012.

The Télégramme Group is the owner and publisher of “Le Télégramme”, the sixth largest French regional daily newspaper, selling over 200,000 copies per day in the region of Brittany. The Télégramme Group also controls two DTTV channels – Tébéo and TébéSud – attracting more than 100,000 TV viewers every day, and its news website is visited by 15 million different people each month. The Télégramme Group extended its business services with Viamédia, the Group’s in-house advertising sales agency ; RegionsJob, the leading recruitment website in France ; and offers other media and communication services via different agencies including SeaEvents, Rivacom and Phileas. The Télégramme Group has diversified over the last 10 years in the creation and organisation of sporting events (via Pen Duick), cultural events (via C2G, in partnership with Morgane Group), and now internationally with OC Sport.

C2G (in partnership with Morgane Group)

And now through OC Sport

Vendée Globe : The Vendée Globe gross value of the advertising is around €180 million, only in France 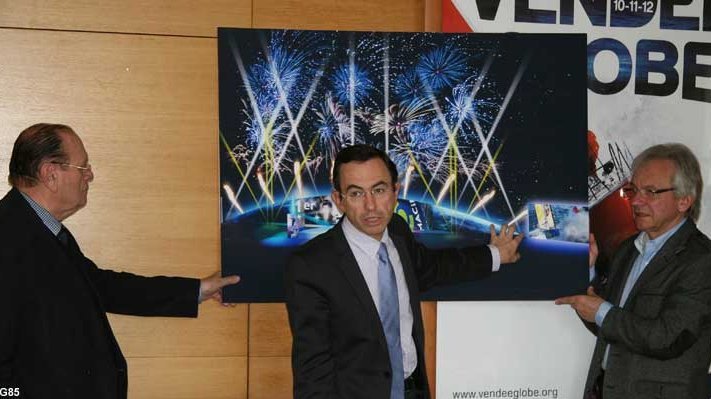 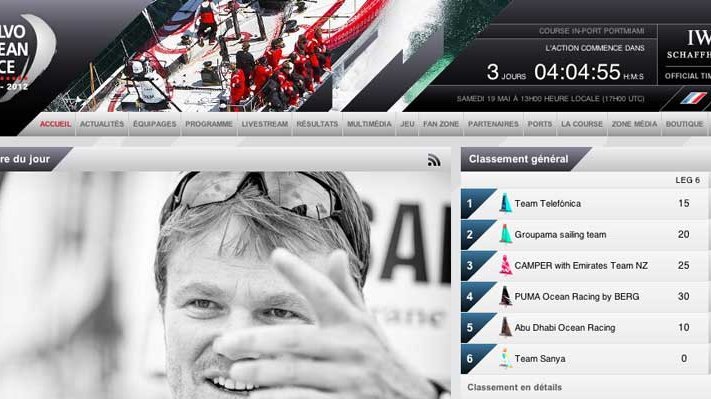 Club SeaSailSurf : Follow the Transat 650 and the Volvo Ocean Race on your iPhone with the application SEASAILSURF 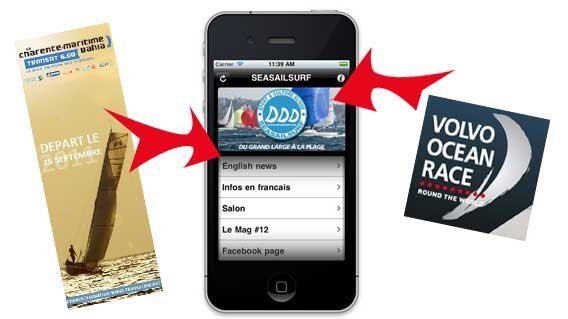 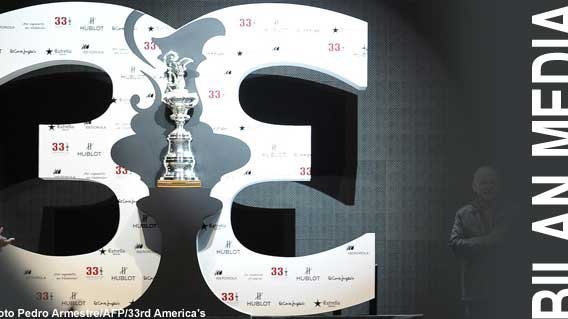