A film-maker with a background of making hit documentaries and dramas, but zero experience in sports programmes, is the surprise choice of the Volvo Ocean Race Volvo Ocean Race #VolvoOceanRace 2014-15 to direct their flagship half-hour weekly show.

Frenchman François Gandolfi admits he knows “absolutely nothing” about sailing but his glittering list of credits in British TV over the last two decades includes Hairy Bikers, The Gadget Show, Embarrassing Bodies, A Place in the Sun and many, many others.

“We looked at a large number of respected directors to make our 39-part weekly show Life at the Extreme but Francois stood out as someone who could help us reach new audiences,” says Volvo Ocean Race Volvo Ocean Race #VolvoOceanRace Communications and Marketing Director, Björn Alberts.

“This is one of the most dramatic human stories on the planet – not to mention one of sports’ most challenging tests of mind and muscle – and François’s record Record #sailingrecord of producing compelling programmes about the lives of ordinary people doing extraordinary things make him the perfect choice for us to help us in our ambitions to attract new fans.”

Gandolfi did not flinch from the challenge of filming the Volvo Ocean Race Volvo Ocean Race #VolvoOceanRace ’s remarkable story in a way never before seen in 41 years of history after it was first launched as the Whitbread Round the World Race, becoming offshore sailing’s leading professional test.

“I’m fascinated why anybody in their right mind would want to do this race,” he says. “I’ve made programmes all my life featuring remarkable men and women but never a group like this undergoing such a remarkable challenge day in day out for nine whole months across nearly 40,000 nautical miles.

“Some people think sailing is a leisurely, civilised pursuit – Life at the Extreme will show that for the guys and the girls in offshore racing that’s anything but the truth.”

“The decision taken to appoint François Gandolfi is designed to bring viewers close to the reality of life as a participant in one of the most extreme events in world sport. This is just one of a number of innovations – including running a 24-hour production unit at Race HQ in Alicante - that will bring viewers closer to the action and the jeopardy team’s experience on a 24/7 basis. It a theme that will lie at the heart of our coverage.”

More than 75 broadcasters around the world have already commissioned Life at the Extreme, which will start the week before the Race’s first leg begins on October 11 from Alicante to Cape Town. 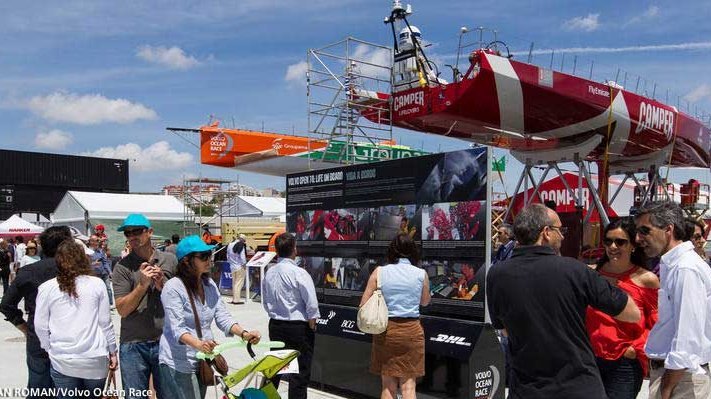