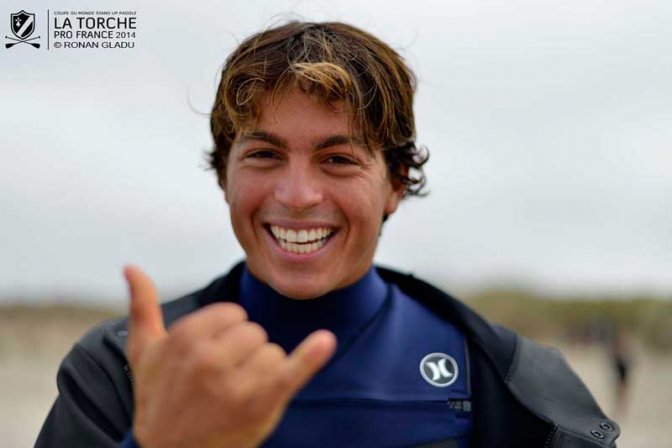 Coming into La Torche, Kai Lenny (Naish) was brimming with confidence as he prepared to defend his 2013 World and Event Titles at this climactic final rankings event of the 2014 season. Kai made quick work of his early heats, building momentum until he climaxed in the all important quarterfinals, where he posted a near perfect heat score total (19pts out of a possible 20 ) for a flawless showcase of high performance stand up paddle Paddle #standuppaddle #paddleboard surfing.

With his eye still on the next round of competition, he was to secure the World Title while still sitting on the beach, as fellow Maui islander, Zane Schweitzer (Starboard) put an end to Caio Vaz’s (Art in Surf Surf #Surf ) Title campaign in the quarterfinals.

As he watched Zane take down the only person who could stop him winning the title, Kai was able to go into the Semi-FInal heat with Sean Poynter already knowing he had secured the 2014 Stand Up World Tour title.

Despite some great surfing in his semi final against Sean Poynter as they went blow for blow, wave for wave, Kai was unable to secure the win, settling for 3rd place in the event, but ecstatic with his 4th World Title secured here in France.

Sean Poynter (Starboard) has been looking for redemption for some time now : rightly one of the favorites on the Stand Up World Tour and in 3rd place coming into this event, Sean hasn’t been able to close the deal to take the win at an event since 2012, when he was within inches of a World Title.

Ironically, it came down to today, the final day of action at the 2014 La Torche Pro France for everything to come together for Sean, with a trifecta of scores being settled on his road to victory :

We are excited to see Sean enter the 2015 season with huge momentum and renewed confidence of his ability to win. A great result for this young American Champion.

Izzi Gomez (Starboard) has had an incredible year in 2014, as she secures the 2014 World Title in epic fashion here in France.

After a slow start at the Turtle Bay Women’s Pro earlier this year, Izzi then went onto win all 4 of the next events on her way to a mind blowing and well deserved World Title this year, defining what progressive stand up paddlesurfing should look like for the women and the incredible future that lies ahead for the sport.

Here at the 2014 La Torche Pro France Izzi did start off slow in her first heat, but then came back with a vengeance, powering her way through heats with the highest single waves and heat score totals of the event.

Izzi is leading the way for women’s stand up paddlesurfing right now, but there is no doubt that she will have her work cut out for her in 2015, as we see the Brazilian contingent (Nicole Pacelli and Aline Adisaka (New Advance), Candice Appleby, Iballa Moreno (Starboard) and an ever improving Sophia Tiare Bartlow step up to battle for the Title.

For the meantime though, Izzi has dominated this year’s World Championship Tour and is the well deserved World Champion for 2014 - a big congratulations to Izzi Gomez for her outstanding achievements this year. 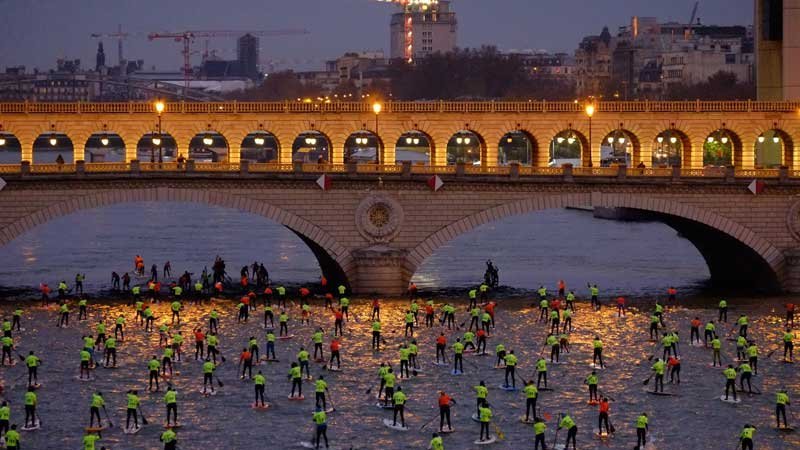 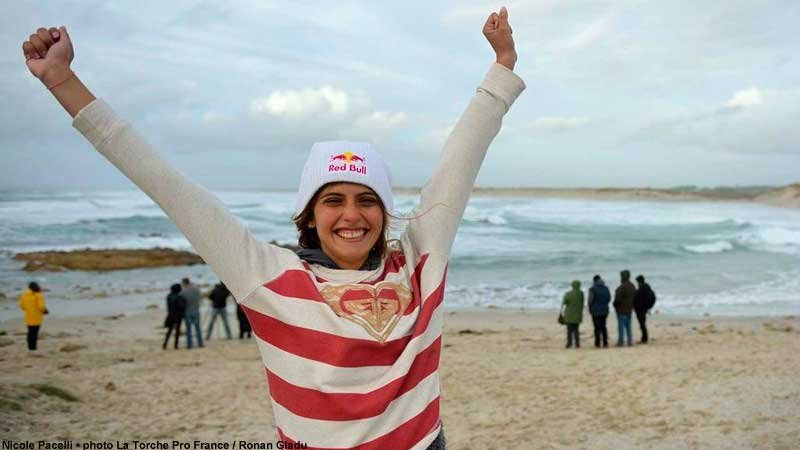 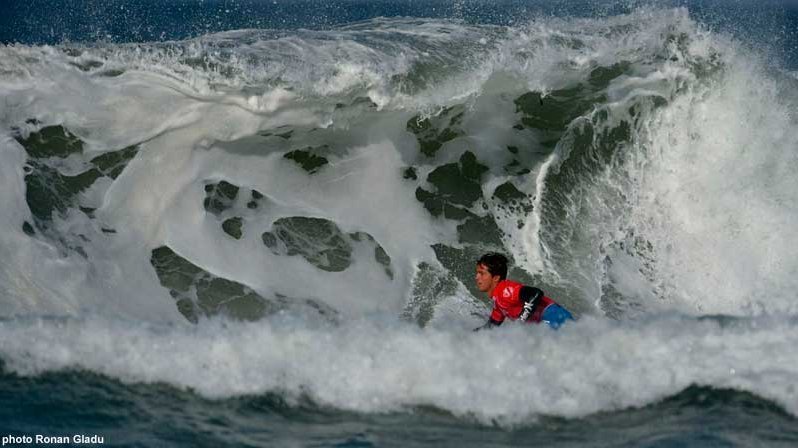