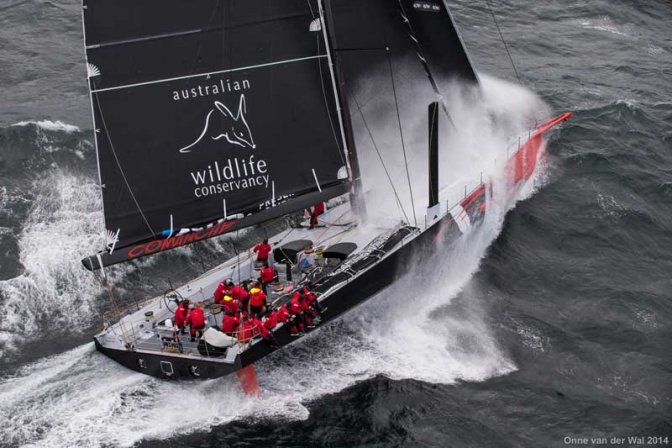 The 70th edition of world-famous Rolex Sydney Hobart Yacht Race has attracted a record Record #sailingrecord -equalling five 100 foot super maxis, and the last of the ocean racing machines to hit the water has just left Charleston, USA, bound for the start line in Australia on December 26th. Comanche, built in Maine (USA) and launched only a couple of weeks ago, will make her debut alongside one of the most competitive fleets ever assembled for the bluewater classic Down Under. An American yacht has not taken line honours in the 628-mile challenge since Larry Ellison claimed victory in 1998 but there is a lot of excitement about the potential of the recently launched Comanche.

The cutting-edge boat is the culmination of a two-year project commissioned by American Jim Clark, famed entrepreneur and computer scientist who founded Netscape, and his wife, Australian Kristy Hinze Clark. Comanche has been designed and built to push the boundaries of technology with the ultimate goal of winning prestigious yacht races and breaking sailing records. The sleek black and red yacht will be helmed by renowned US skipper Ken Read and raced by a world-class crew of 21 international sailors. 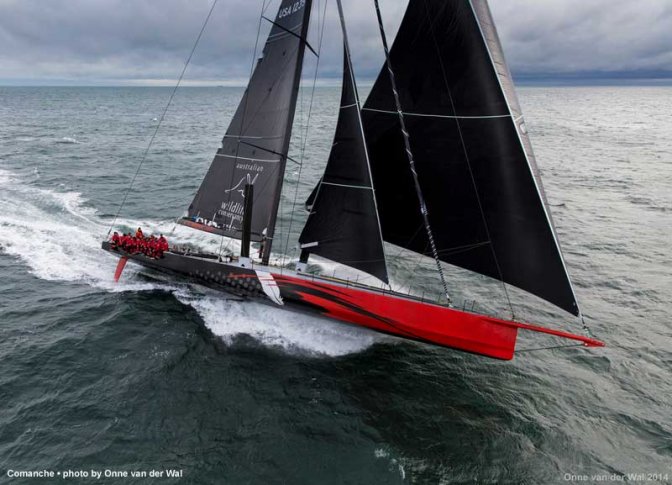 Jim Clark said : "This boat has been a huge effort for everyone to get her to this stage and on a ship to Australia. I am really excited to see her sailing and show what potential she has. But we are also all aware that heading down to the Rolex Sydney Hobart was going to be a baptism of fire for both the boat and the crew. My hope is that they start to really learn and understand what she is capable of achieving, but I also know that there is a lot to do before she is really competitive with the incredible fleet of 100 footers. There is no denying though, the race is an institution in Australia and I am excited to be part of it with Comanche."

The Rolex Sydney Hobart Yacht Race will be the first outing for Comanche and the first chance to put the boat through the harsh test of endurance and speed. Using cutting edge design across all aspects of the boat from the hull through to the sails and mast, the boat will get the opportunity to line up against some of the most tried and tested racing yachts in the world. The fleet of super maxis features the defending champion Wild Oats XI, the new Ragamuffin, Perpetual Loyal (which finished second in 2013) and fellow US entry RIO 100.

Ken Read said : "Comanche is going to be an amazing ride for the Rolex Sydney Hobart and we are all really looking forward to getting down there. I am happy to see her off on the ship today knowing that the next time we see her will be in Australia. But through the first few days of sailing and testing we have also seen that we are going to have to respect her power a great deal and work hard to get to know her as much as we can before the race. A lot of the boats we are up against have been much more tried and tested than Comanche so we are both excited to be on her but also realistic about our expectations for this one. In the end this is the start of an extensive race plan for us and what a great event to kick off with !"

Comanche, which was sailed by Ken Read and the crew from its base in Newport (RI) to Charleston (SC), is currently on a ship to Australia with the intention to compete in the SOLAS Big Boat Challenge in Sydney Harbour on December 9th. The boat, which boasts a 150 foot mast constructed by Southern Spars and huge sails from industry leader North Sails, including a spinnaker of more than 11,000 square feet. The send-off on Boxing Day from Sydney Harbour is always a spectacle and 2014 promises to be one of the greatest showcases of big boat ocean racing. 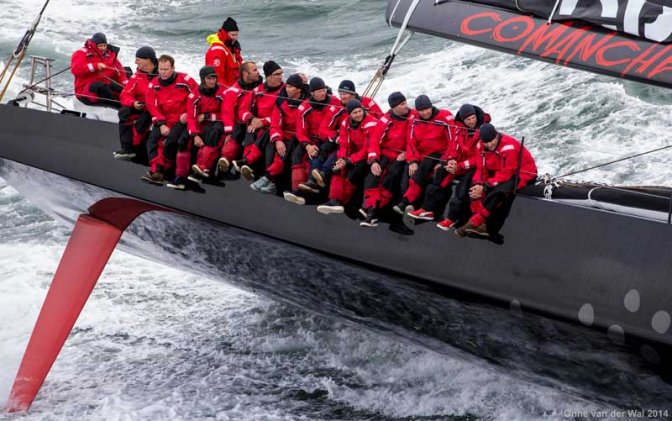