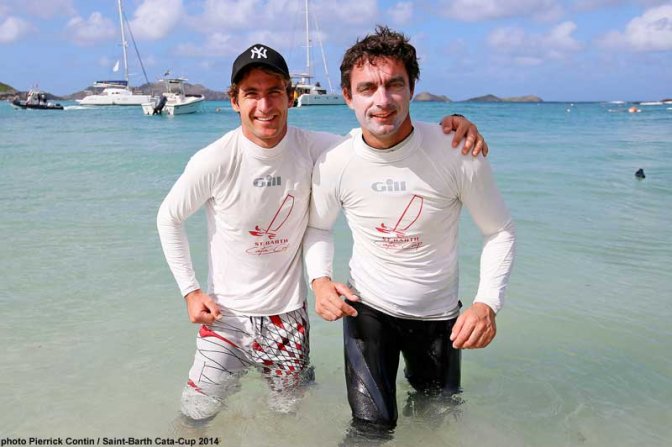 Everyone was expecting a battle between Besson and Cammas. In the end, Morgan Lagravière took the Champion’s title of the 7th edition of the St-Barth Cata Cup with a near-perfect journey. The Marché U day ended with a friendly race to Public.

Consistency paid off for the one who will be leading the Safran sailing team at the next Vendée Globe. The Champion of France of the Course au Large en Solitaire 2012 really enjoyed himself on board his F18 with partner and friend Arnaud Jarlegan. « It was tight up until the last race and it’s even more fun to win an event when you need to battle until the very end. Once again, Arnaud and I had a lot of fun since we are buddies before being teammates. When you enjoy yourself while doing something you love, it’s double the fun » , explainedMorgan.

By winning, the Lagravière-Jarlegan duo took the title from Cammas and Vandame, champions of the last edition. « It was very close, and the closest it is, the happier we are in the end. The last time I raced against Franck in a raid, I had the chance to beat him so it’s somewhat of a revenge » , said the one who spent most of the year working on his monohull. 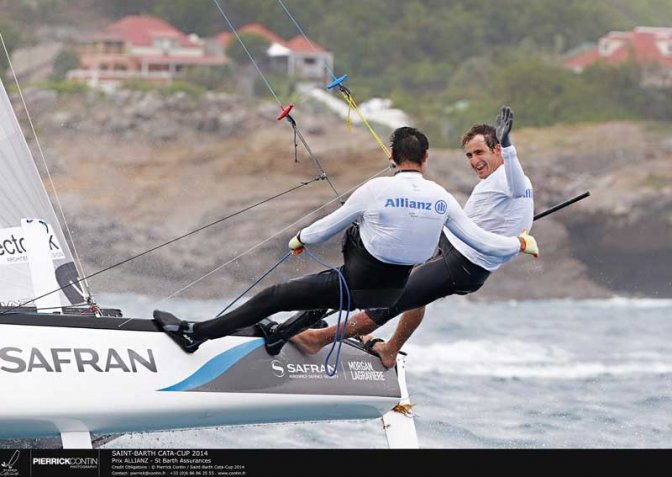 Foiling catamaran : Franck Cammas : "It was nice to sail again on the Flying Phantom"