Photo : Team Vestas Wind lying in a reef in a remote Mauritius archipelago of St Brandon

This graphic picture (below) shows the stricken Team Vestas Wind lying in a reef in a remote Mauritius archipelago of St Brandon after being grounded there at the weekend. The team and race organisers are now working out the best way to recover the Volvo Ocean 65 in the Indian Ocean.

“The photo paints a pretty graphic picture of what’s going on out there. The picture tells a 1,000 words.”

He said his focus was still the security of the nine members of the crew.

“We have still got nine guys sitting on what is basically a sand pit out in the middle of the Indian Ocean. “They are still the priority. It’s a peace of mind to know they’re all safe and doing everything they can out there with the boat right now.”

Cox said that sail ropes, fluids, electronics and hardware had been taken off the boat.

The nine-strong crew abandoned ship in the early hours of Sunday morning after the collision at 19 knots at 1510 GMT the previous day and waded through knee-deep water to a dry position on the reef.

They were picked up from there at daylight by a coastguard rib and taken to the nearby Íle du Sud.

The islet has very little communications with the outside world and the crew are awaiting transportation back to Mauritius. This is expected to happen within the next 24 hours.

The National Coast Guard of the Maritime Rescue Co-operation Centre (MRCC) of Mauritius took the pictures as part of its usual operations after such an incident.

The crew have received food packages via an airdrop from a coastguard plane. It confirmed that all were uninjured in the collision.

#Photo #Vidéo : The images of the start of the 10th Route du Rhum 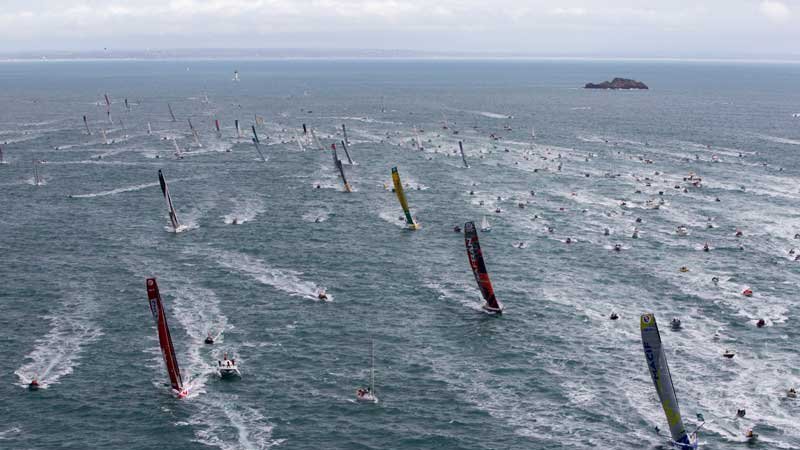 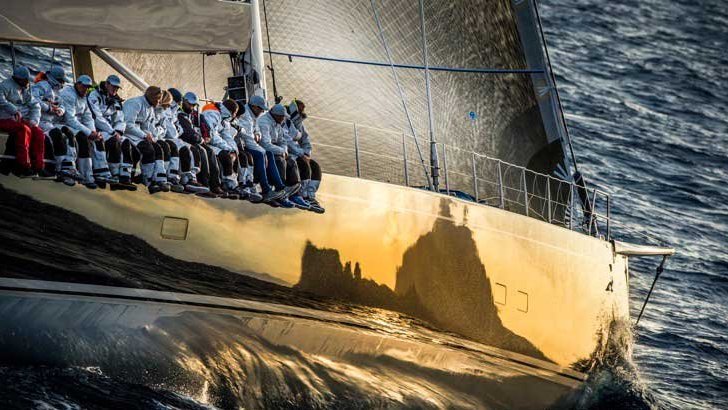