Cheminées Poujoulat has currently sailed around 40% of the 23,465-mile theoretical racecourse, and now has around three days more sailing in the Indian Ocean before crossing to the Pacific, south of Tasmania. Neutrogena in second place is 175 miles to the west, averaging around 1 knot faster over the past 24 hours.

Ribes, who also finished fourth in the 2010-11 edition of the Barcelona World Race with Alex Pella, said the race was “unfinished business” for him and despite the inclement conditions the fleet is currently experiencing in the Southern Oceans, he still wished he was racing alongside them. He also believes that there may well still be place changes within the fleet :

“I think it’s still quite a good fight. Obviously between the first and the second group there is quite a bit of separation, really difficult to catch. But between first and second and third and fourth maybe we will see some changes of positions. But the distance that they have now, already, I think to have changes of positions you have to break a boat or don’t sail properly the boat because you have a problem, because 150 or 100 miles is already a bit gap to catch up, or to jump a weather system. So I think the race is not even in the middle, so the boats and the guys are going to suffer a lot still. I think we can expect everything !”

Asked to pick a winner he said, “I think the vict ory will be between Cheminées Poujoulat and Neutrogena, for sure,” adding, “Experience is always decisive in this sport.”

The difference between reaching in 30-knot winds and beating into 30-knot headwinds was vividly illustrated today.

Renault Captur in fourth place was this morning racing in 25 knots, with stable wave conditions and sunshine making for a pleasant day of fast sailing for Jörg Riechers and Sebastien Audigane. Riechers reported in today’s videoconference that although they expected conditions to build, thanks to a low pressure system to the south-west, they were unconcerned :

“We are in 25 knots, reaching at about an angle of 125° degrees, going fast and still sunny conditions, but I think in a couple of hours the wind will be getting stronger, and probably will stay strong for the next four days. So we are expecting 35 knots for the next night, and for two days we wi ll see probably 40 knots.

Renault Captur is currently at the leading edge of a low pressure system, which has seen them average 17.8 knots boatspeed over Friday afternoon. Third placed GAES Centros Auditivos is around 250 miles to the east and slightly further north, frequently in 5-10 knots less pressure, and with a 212-mile margin today, reduced by around 60 miles since yesterday.

One Planet One Ocean & Pharmaton has also been experiencing upwind south-easterly conditions, however, Spirit of Hungary have had to take them most dramatically evasive action, sailing around 300 miles on a north-easterly course in east-north-easterly winds, before finally tacking this afternoon. Skipper Nandor Fa spoke today of the challenges he and Conrad Colman were facing.

“Life is very difficult right now. You know we are sailing in upwind since four or five days, and it’s really difficult now, it’s stronger than it was before. In the night we had 30 knots plus winds from the east, and quite rough seas.

“So the life is quite difficult on the boat because it’s very much heeled, and very much movement, very bumpy, a lot of slamming, so it’s tough. But we are moving at least and soon we will be making a change – maybe in two days. So anyway we are quite happy, in spite of the difficult conditions.” 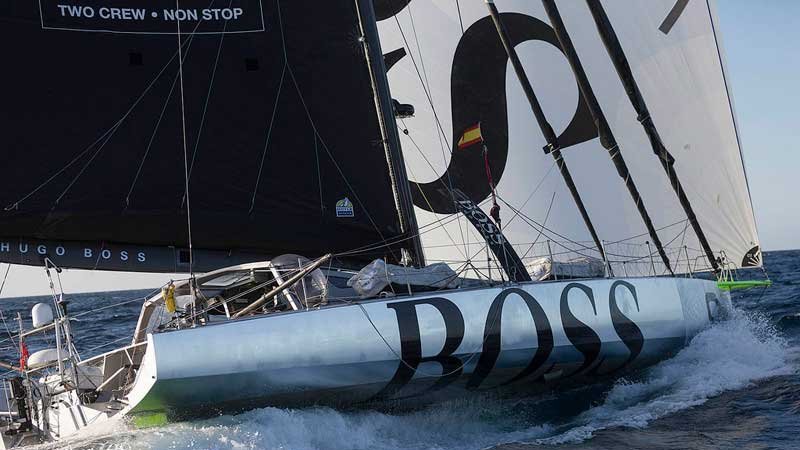 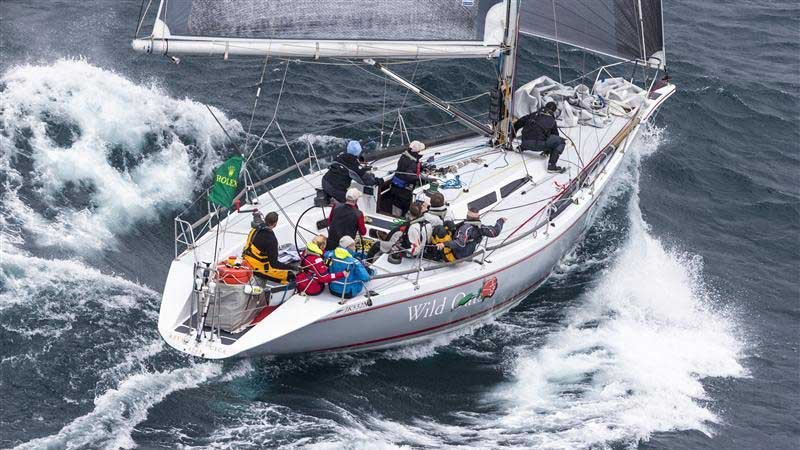