Gitana Team launches the construction of a maxi-multihull 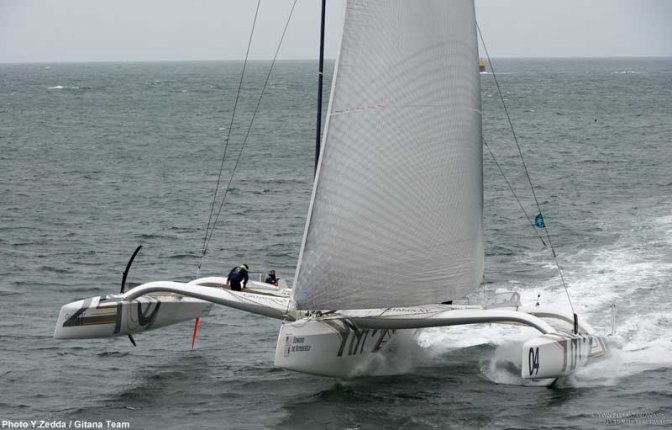 This new craft, which will measure between 31 and 35 metres, boasts ambitious specifications. The maxi-multihull will initially be geared up for a round the world via the three capes and she will have to be able to be helmed in crewed as well as solo configuration. However, the singularity of this new Gitana will actually lie in her versatile nature, namely Archimedean as well as flying in certain phases of navigation.

In this way, on 22 April 2015, the Gitana Team launched a reiteration of the Multi70 Multi70 #multi70 Edmond de Rothschild. Over the course of the winter, the trimaran was kitted out with asymmetric foils (L-foils to port, C-foils to starboard) and some new, more substantial T-foil Foil #foil rudders. Since that time, Sébastien Josse and his men have been linking together the sea trials and the platform has become a genuine 2/3 scale test laboratory ; a ‘luxury’ that Sébastien Josse is very much aware of :

“During the Route du Rhum Route du Rhum #RouteDuRhum , the gains observed on the platform were really encouraging, whilst the T-foil Foil #foil rudders were just one step on the journey towards our goal. Indeed, sustaining a 70-foot trimaran offshore single-handed is already a challenge in itself, but getting her to fly is something else entirely ! With this 2015 version, we’re entering a whole new dimension ; a period of essential fine-tuning and testing for the next stage in Gitana Team’s projects. The theoretical studies and simulations are essential, but they will never be enough on their own as nothing can replace practical time out on the water. We’re incredibly lucky to be able to test the architectural possibilities in real situations on the Multi70 Multi70 #multi70 Edmond de Rothschild. There are still so many unknowns about how the new features handle in big seas and over a long distance, that all our sea trials offer us the chance to record Record #sailingrecord what is truly invaluable data for us,” explained the skipper of Edmond de Rothschild.

Since January 2014 and the presentation of the Mono60 Edmond de Rothschild project, the Gitana Team has made no secret of its interest in a maxi-multihull, but the five-arrow team has allowed itself the time to mull over this XXL project.

Today, it’s a done deal, as was confirmed by Cyril Dardashti, the racing stable’s General Manager :

“Thanks to the support and willingness of Ariane and Benjamin de Rothschild, as well as the associates of the Edmond de Rothschild Group, the Gitana Team is launching into the adventure of a giant of the seas. It’s an incredible opportunity for the team to be able to embark upon this journey, particularly given that our aim is to launch the design of a versatile maxi-multihull by relying on the recent technological advances in the domain of appendages, but transposing them to offshore sailing. We are at the gateway to a new generation of boats, which is why, even though the design teams have already been working on it for a number of months, we still have a lot of points to follow up on before the start of the build that is scheduled for late 2015.”

This new craft, which will measure between 31 and 35 metres, boasts ambitious specifications. The maxi-multihull will initially be geared up for a round the world via the three capes and she will have to be able to be helmed in crewed as well as solo configuration. However, the singularity of this new Gitana will actually lie in her versatile nature, namely Archimedean as well as flying in certain phases of navigation.

To take up this gauntlet, the Gitana Team’s design office, managed by Antoine Koch, has banked on both talent and loyalty by entrusting the design of the future maxi Gitana to the naval architect Guillaume Verdier and his associates (Hervé Penfornis, Romaric Neyhousser as well as Morgane Schlumberger). As was the case for the modifications to the Multi70 Edmond de Rothschild, Verdier’s firm will work closely with American Bobby Kleinschmit, as well as the Pure Design company, all of whom are members of Team New Zealand. Finally, the overview of this skills hub wouldn’t be complete without mentioning Len Imas who, with the assistance of Romain Garo, is responsible for the fluid dynamics analysis.

The build itself will commence in late 2015 at the Multiplast yard in Vannes, which will be in charge of the project management. Delivery of the future maxi-multihull Gitana will take place in the spring – summer of 2017, which gives Sébastien Josse and the Mono60 Edmond de Rothschild the time to complete their Vendée Globe ! 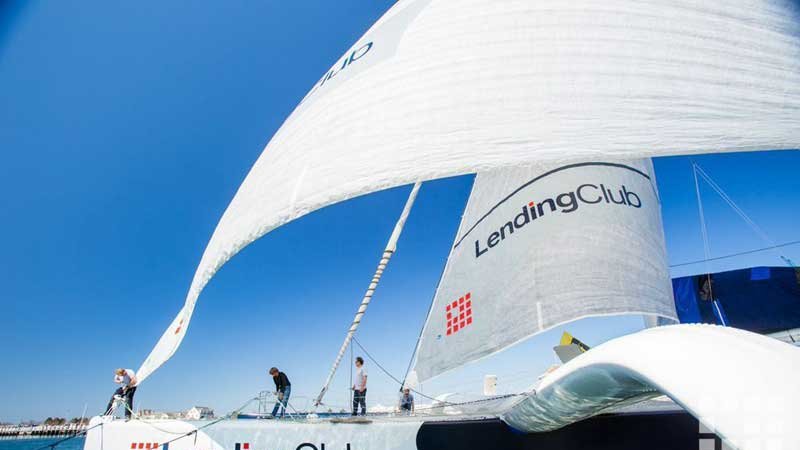 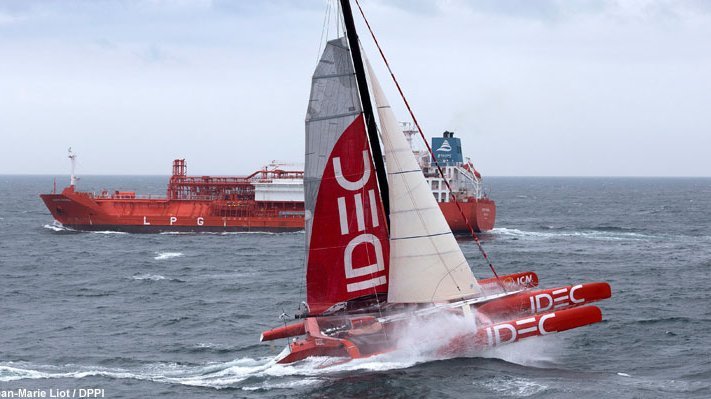