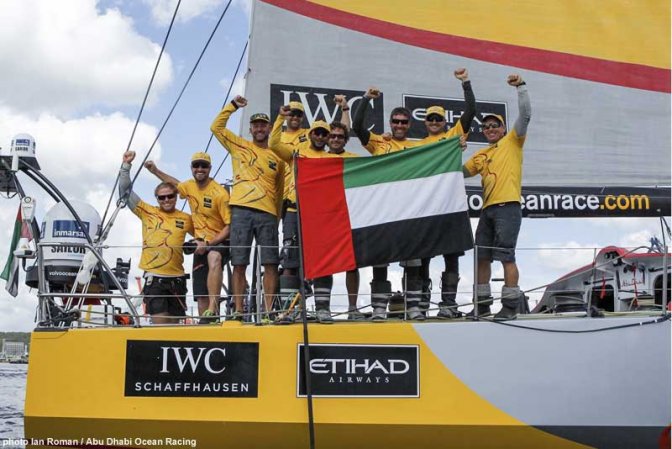 The Turkish/American boat led the tightly packed fleet home to crowded docks in the final stopover in Gothenburg, Sweden, to bring to a close 38,739 nautical miles (nm) and nine months of some of the closest racing ever witnessed in the 41-year-old offshore marathon.

Only one team, Team Vestas Wind (Chris Nicholson/AUS), have failed to win a leg – and they missed five because of a boat rebuild.

Behind Enright, in fifth, Walker’s boat, Azzam, slipped almost quietly into port, but the mile-wide smiles on all the crews’ faces told their own story : We are the Champions !

It seals one of the greatest global sporting triumphs for the Gulf region and makes Walker the first British skipper to win the overall trophy.

"I said at the start of the race that I was confident, but there are 100 ways to lose this race but only one way to win it. And it just all came together for us perfectly," a jubilant Walker told reporters on dockside.

Leg 9 was the last and in many ways most exciting of all the stages since the fleet set out on October 11 from Alicante, Spain, full of hopes and expectations.

Lighter breezes and a front last night compressed the fleet following their departure from the Dutch port on Saturday.

The Chinese boat Dongfeng was forced to relinquish their hoped-for second place in the leg to Team Brunel (Bouwe Bekking/NED), whose finish secured the runners-up spot in the overall standings.

Despite not being able to hold off Spanish challengers, MAPFRE (Iker Martínez/ESP), for third position, Charles Caudrelier’s crew still took the final place on the podium in third place overall - an incredible result with four Chinese rookie sailors in their ranks.

Fourth place overall, though, will have to be decided in the final act of the 2014-15 edition, Saturday’s (June 27) Inmarsat In-Port Race Gothenburg, when Team Alvimedica and MAPFRE, tied on 34 points, will duel to break the deadlock.

Following in behind the champions, Abu Dhabi Ocean Racing, sixth-placed Team Vestas Wind had their own cause for celebration in finishing a race that they looked irrevocably out of, having collided with an Indian Ocean reef in Leg 2 last November.

Their sponsors, crew and shore team never gave up hope of returning, however, and the second-placed finish of the blue Danish boat in Leg 8 to Lorient Lorient L’actualité du port de Lorient et de sa région. from Lisbon, will remain one of the 12th edition’s most cherished memories.

Finally, the all-women’s crew of Team SCA (Sam Davies/GBR) completed the fleet’s arrivals in Gothenburg. As ever, they were competitive and right on the heels of their male rivals.

They had, however, already made their point in what has been the sole preserve of male sailing since 2001-02.

Their victory in Lorient in the leg from Lisbon proved that women can be – and are – competitive in the world’s toughest offshore sailing event.

With the huge following that Sam Davies’s team attracted and their legacy of leg-by-leg improvements, we surely will not have to wait another 12 years for another female crew to take their place in a Volvo Ocean Race Volvo Ocean Race #VolvoOceanRace fleet. 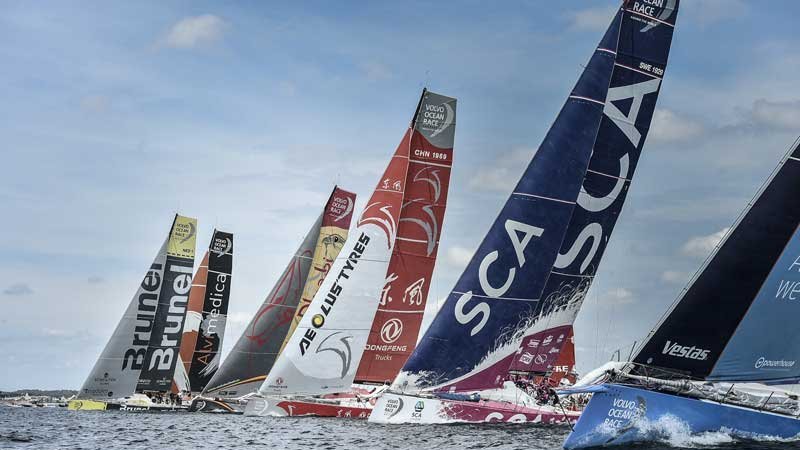 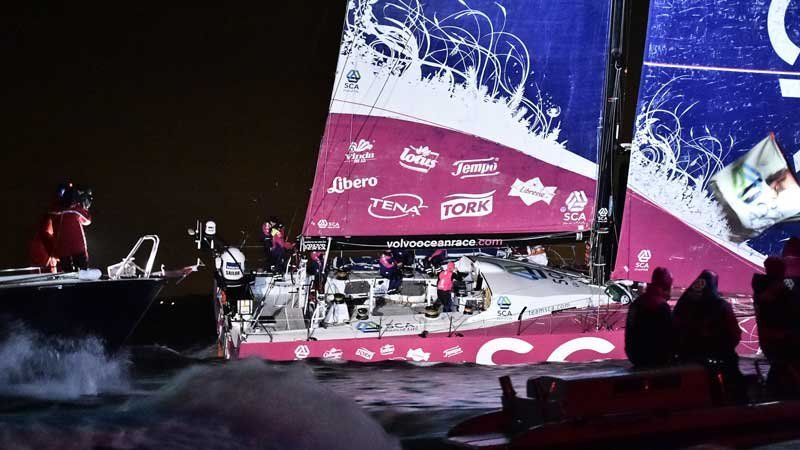