All hail to the fleet of Class40 Class40 #Class40 sailors competing in the 7th edition of the Normandy Channel Race and the dazzling performance by the Spanish crew on Talès II, Pablo Santurde and Fidel Turienzo, who secured a win after a brave fight in what proved to be a particularly gruelling race, both in sporting terms and meteorologically. Engaged in a stunning mano a mano with the Anglo-French pairing of Phil Sharp-Sam Manuard on Imerys since leaving Ouistreham last Sunday, the two boats only left each other’s sides for a few hours on the slog up to Tuskar, when Imerys opted for an extreme easterly route skirting Wales. The sailors from northern France, Maxime Sorel and Hugo Dalhenne (V and B) completed the podium some 52 minutes later, in what is a superb result for this young crew. Hot on their heels, a special mention must go to the duo of Thibaut Vauchel Camus - Fred Duthil (Solidaires en Peloton-ARSEP), a serious contender in this race, who ended their bid on a high, despite having no power for the last 24 hours or so.

18 boats safely in port this evening

There has been a steady stream of finishers throughout the day, proof if it were needed of the uniformity of the class and the intensity of the racing that has prompted every remaining duo to complete the course. This evening, some 18 boats will be dockside once more.

Talès II skippered by Pablo Santurde and Fidel Turienzo took victory today crossing the finish line off Ouistreham at 08:41:54. Their race time was 4 days 17 hours 41 mins and 54 secs. They covered the theoretical 950-mile course at an average speed of 8.4 knots. Over the actual 1,055 miles covered over the ground their average speed was 9.27 knots.

The Class 40 Imerys skippered by Briton Phil Sharp and Frenchman Sam Manuard took second place in the Normandy Channel Race, crossing the finish line at 08:44:43 GMT. Their race time is 4 days, 17 hours, 44 minutes and 43 seconds. They covered the theoretical 950-mile course at an average speed of 8.39 knots. Over the actual 1,057 miles covered over the ground their average speed was 9.29 knots.

The separation between the two boats was just 2 minutes and 49 seconds !

Sorel – Dalhenne on the podium…

V and B skippered by Maxime Sorel and Hugo Dalhenne snatched a much deserved third place. Their race time is 4 days, 18 hours and 31 minutes. They covered 1,051 miles at an average speed of 9.18 knots and finished 52 minutes 02 seconds after the winner.

Quotes from the boats :

Fidel Turienzo - Talès II : “An incredible race. We remained in contact with Imerys for the whole time. We were flat out. We knew we had to be out front from the start and that’s how things played out. The climb up to Tuskar was tough, especially with Imerys pulling a move on the Welsh coast. We were worried at that point ! It’s the first time we’ve won a race by such a narrow margin. The result was decided offshore of Guernsey where we managed to make up ground on them, then after Barfleur we were the first to gybe. From there we made good headway on a reach. It’s a great victory for us, for the boat and for the owner of the boat, Gonzalo Botin, and all the team who prepared the boat, including Pablo who built and prepared her. Thank you !”

Talés II won the Route du Rhum 2014 with Alex Pella at the helm, as well as the Transat Quebec Saint Malo 2016 with the ‘famous’ Pablo aboard.

Phil Sharp - Imerys : “A 5-day battle and Class40s within sight the whole time ! We really dug deep together with Talès II. The last 24 hours were incredibly intense, match-racing right the way to the finish. Ultimately they just managed to get the upper hand after sailing an incredible race. We were ahead for a long time, but in the end, they took the win. It was very exciting. A real battle from start to finish ! You learn so much hunting down your limits. We’ll be back to secure the missing podium place. We’re a little disappointed, but we’ll get over it. It’s a very tough event as it’s very complicated sailing in the English Channel, amidst the currents and the big weather variations and the shipping lanes… there are a lot of dangers. It’s reminiscent of a war zone at times. The race has just flown by and we had to give it our all the whole time !”

Sam Manuard - Imerys : “It was a fantastic race and we were full-on right to the end. We negotiated a great many geographical and weather zones, which required us to really get the grey matter turning to come up with strategies. We’re happy with our own strategy. We sailed a clean race but we were less than three minutes’ short of the win in the end ! Phil is an almighty athlete and really impressed me.”

Maxime Sorel - V and B : “It’s the result we were expecting and Hugo and I had a great sail. The beat up to Tuskar was horrendous, but our drop down the Irish coast was fantastic. We’re very happy with this race and the boat. The course is magnificent and highly technical. It really puts the boats and the skippers to the test as you constantly have to be on your game. It’s like a transatlantic except you’re full-on the whole time. We hung on well in the light phases and we attacked hard in the breeze. The Normandy Channel Race is unmissable ; a real Class worlds !”

Thibaut Vauchel-Camus - Solidaire En Pelotons – ARSEP : “We’re naturally a little frustrated. We completed the whole course and we battled well as far as the Fastnet, at which point we lost all the power on-board. It was terrifically complicated to sail blind and get around all the TSS systems. We weren’t really in race mode but we kept up the fight right the way to the finish in the hope that we could pull off a little tactical move at the end…” 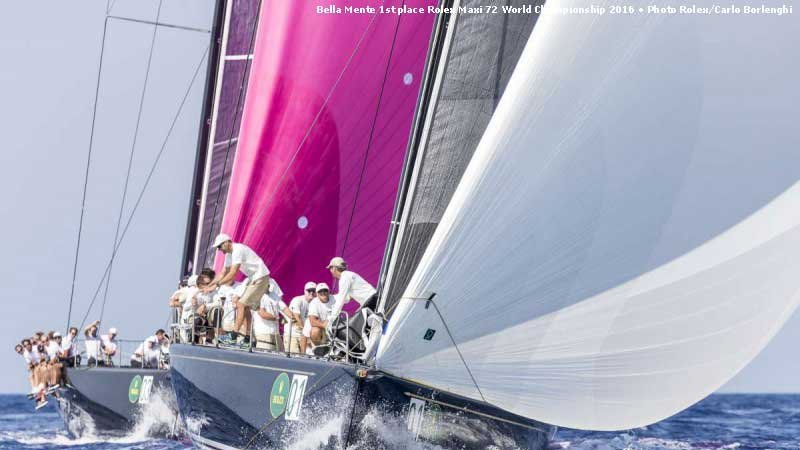 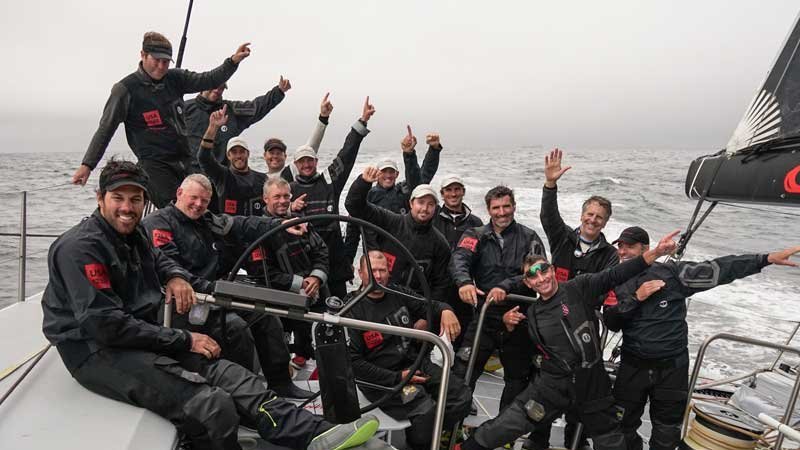