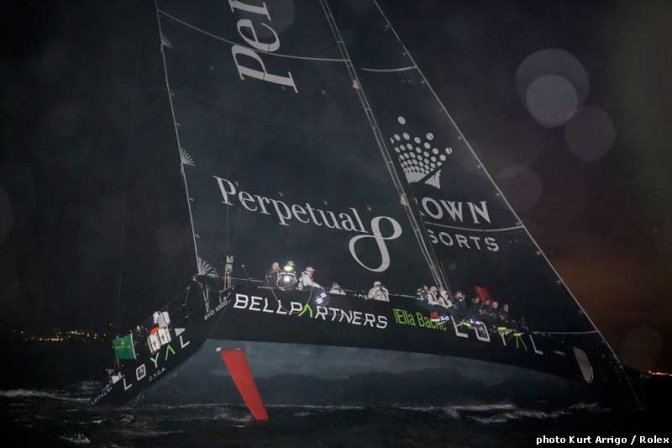 Arriving in Hobart at 02:31.20 on Wednesday 28 December, Anthony Bell’s 100-ft Maxi Perpetual LOYAL has set a new race record Record #sailingrecord of 1 day, 13 hours, 31 minutes, 20 seconds at the Rolex Sydney Hobart and in the process secured line honours in the 72nd edition of the famous offshore race.

Perpetual LOYAL began the 628-nm race with intent, making an impressive start as the first yacht to pass Sydney Heads. Although she relinquished leadership of the race to the all-conquering Wild Oats XI during the rapid passage down the New South Wales coast of the Tasman Sea, Bell’s crew was first to take advantage of the hydraulic ram failure sustained by the race leader nearly 21 hours into the contest.

“We were probably neck and neck with Wild Oats, maybe a mile away, when it happened,” explained Bell. “It was sad to see them break. We would like to have played on against them...but that’s racing.”

Bell and his crew of 18 comprises a number of experienced competitors including 25-time Rolex Sydney Hobart campaigner Brad Kellett and sailors – including Pablo Arrarte and Justin Clougher – who enjoyed line honours success 2015 onboard the American yacht Comanche. This in addition to Tom Slingsby, Olympic gold medallist and Rolex World Sailor of the Year in 2010.

“Going into the race, we had nothing to lose,” revealed Bell. “We came out of the blocks and raced one hell of a race. It was never part of our plans to break the race record but it’s an awesome thing to have done.”

“This is a boat which goes in certain conditions and doesn’t go in others,” explained Perpetual LOYAL navigator Tom Addis, part of the Wild Oats XI crew which broke the race record in 2012. “We had to limit the damages on the first afternoon and set ourselves up for the conditions which were going to be in our favour on the second day. We had to play a different game to Scallywag and Wild Oats in where we set up for the reaching stuff. That was the key because while we didn’t lead through that, as we are not a boat that excels in getting downwind, we came out in a good position.”

“Taking nearly five hours off the race record, hopefully it will take a long time to beat,” added Slingsby.

Bell, who won a close-fought contest with Wild Oats XI in 2011 on his previous LOYAL, celebrates a second Rolex Sydney Hobart line honours success, all the more special given Perpetual LOYAL was forced to retire from the last two editions of the race. During the line honours presentation held on Constitution Dock, Bell was presented with the J.H. Illingworth Trophy and a Rolex Yacht-Master II timepiece.

Back in the Atlantic : Vendée Globe : Third placed Beyou makes Cape Horn for his first time 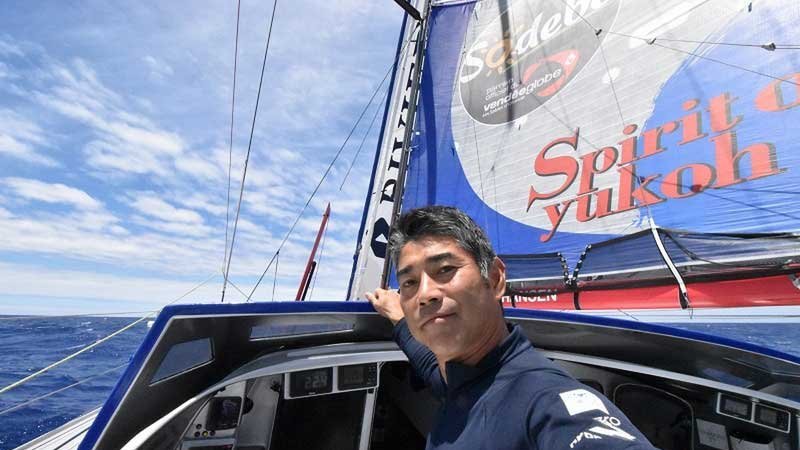 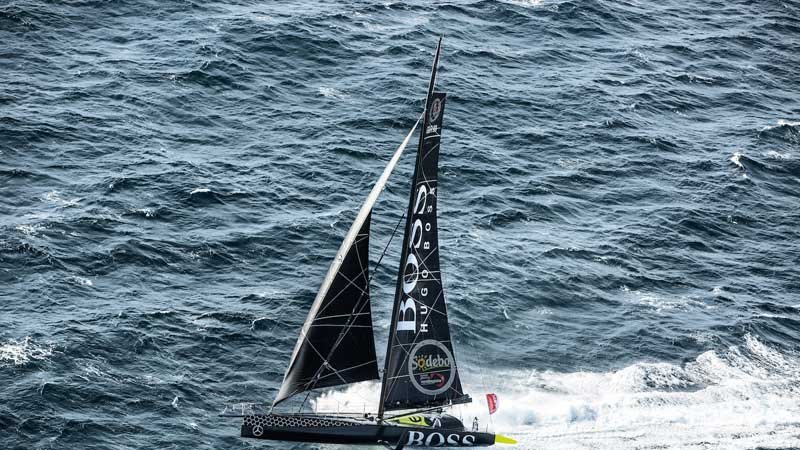