Eric Bellion : "The Vendée Globe is something everyone can do, if they really want it" 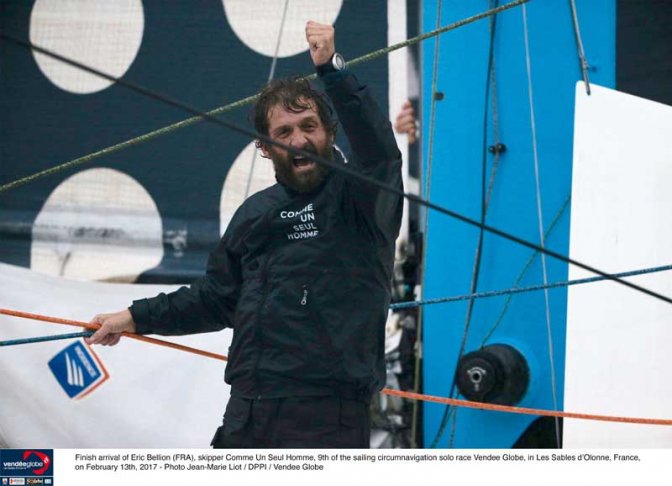 Huge crowds braved the Monday evening rain and wind to show their appreciation for Eric Bellion’s Vendée Globe. The 40 year old skipper who had only sailed two, separate weeks solo before he started the longest, toughest single handed race there is exceeded all expectations, perhaps most of all his own, as he crossed the finish line in ninth place. He is the first rookie, Vendée Globe first timer, to finish this edition of the race. Eric Bellion 9th in the Vendée Globe, first rookie

Significantly he saved the lions share of his celebratory Mumm Champagne for his boat, his partner in the race. Like the skipper, his boat was relatively unproven and had like him had never raced in the big south. But they learned together and looked after each other. Bellion communicated brilliantly. His transition from Vendée Globe ’beginner’ to accomplished soloist worthy of his place in the top ten of this challenging eighth edition was shared by tens of thousands. He transmitted his passion, his drive and his humility - as well as his ready sense of humour - with each of the many videos and calls. He spoke on the dock and on the podium of how his confidence grew. He reaffirmed that only once he stopped trying to sail his boat like others wanted him to, like he was perhaps too tied up in thinking of their ways and instead listening to what the boat wanted, that he really started to be able to sail fast. He spoke of the technical problems which he overcame. He fixed his engine and his hyrdogenerators, sails and most notably of all replaced his rudder in the face of a building storm. He told again how he knew he just had eleven hours to complete the repairs before the next, huge low pressure would hit him, a fix which might normally take two or three shore crew to complete. He struggled for hours to remove the broken blade before finding a solution. The solitary nature of the race did not bother him so much as the sudden and ongoing requirement to make all decisions, small and large, by himself. Solo. And that was what weighed most heavily on his shoulders. He said the last few days with no energy, no engine and winds to 70-73kts were the hardest part of the race for him.

"I have changed. I’m not the same person, but I don’t really know how I have changed. I know myself better now. I discovered I had strengths within I didn’t know I had. In 3 months I experienced 3 or 4 years of normal life. When I was growing up I saw people doing the Vendée Globe and thought they were superhuman. Now I have gone all the way. It’s going to take me time to grasp this. In the past three months, the world has changed. I think we need to react to show that doing things differently can be useful. Unfortunately hatred and fear tend to spread quickly. Love on the other hand… I don’t come from the world of ocean racing, so I didn’t know much about this. In the final low, I felt really alone. Totally alone. When you have overcome that it’s extraordinary. You have finally understood something. The Vendée Globe is something everyone can do, if they really want it. I took it to the limit of fear, suffering, happiness, joy… There is only the Vendée Globe that allows you to do that"

"I thought this was something crazy and yes, sailing around the world on these boats is crazy. I wasn’t expecting it to be so difficult. Finding myself alone taking decisions that would affect my life and my boat. Whether it was in the Southern Ocean or off the coast of Portugal. From the start I became someone different. I hadn’t prepared myself for that. It took me three or four days to get over the tart. In the south, there were some difficult choices. I was lucky to get back up with Romain. The difficulties are in the Southern Ocean when you can’t say, I’m turning back. The big change was when I replaced the rudder in a 3-4m swell. But the real moment was when I decided this was my adventure. I started to listen to my boat and be Eric. I met Isabelle in Patagonia with my friends in Patagonia. She has become my mentor, my friend. When Isabelle Autissier says it’s going well, you are telling great stories, that really helped. My boat really has the name of the one, who rules in Polynesia. I should thank the 14 firms. You don’t see them much on the boat, but they understood that difference is a way to perform well and create. You can create something different. You shouldn’t look backwards but to the possibilities of the future. Difference is important. It’s not looking towards fear that you can feel good." 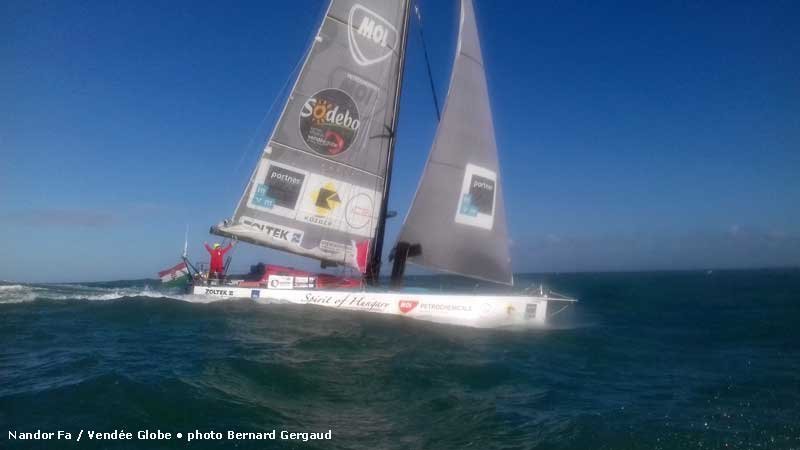 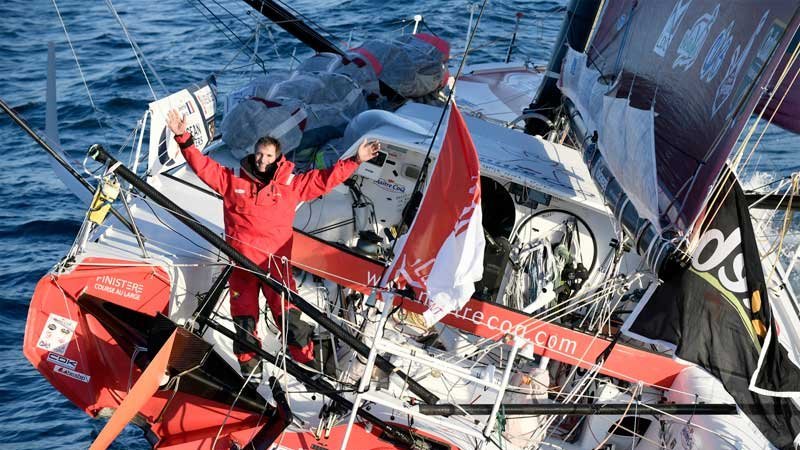 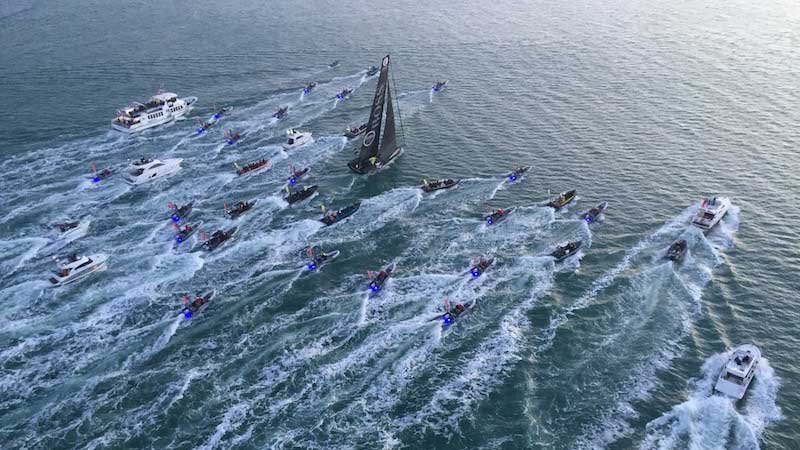 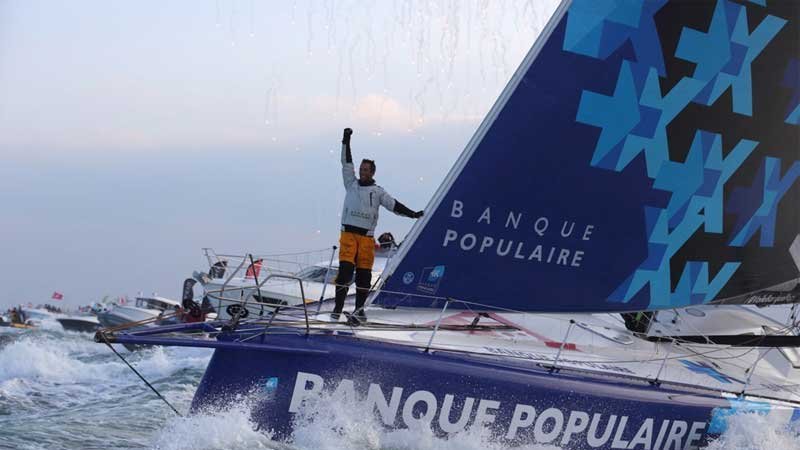