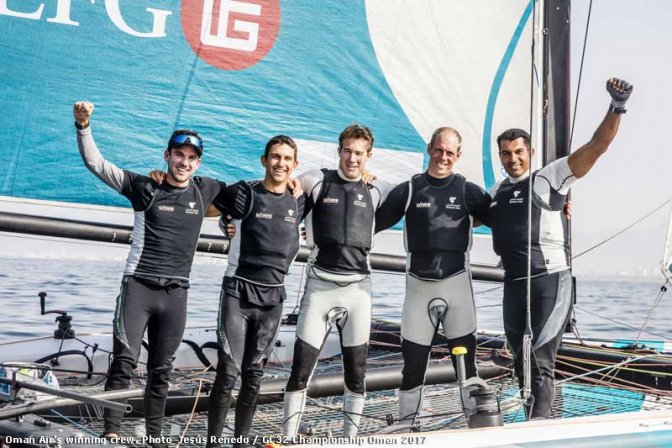 The Omani team began the final day of this inaugural GC32 GC32 #GC32 Championship, being run by the GC32 GC32 #GC32 International Class Association in association with OC Sport, with a seven point advantage over second placed SAP Extreme Sailing Team, skippered by Jes Gram-Hansen and Rasmus Køstner. Oman Air banged in a 2-1 in today’s two races before the wind disappeared. Meanwhile Alinghi also managed a 1-2, causing SAP Extreme Sailing Team to be pushed down to third.

Robertson was delighted by their performance. “We’ve punched way harder than all of our expectations. It’s gone really well.”

SAP Extreme Sailing Team helmsman Adam Minoprio won the first ever GC32 event back in 2014 and has had a near perfect track in class events he’s helmed ever since then.

“He gave us a good battle for sure, but we had the upper hand,” observed Robertson. “They made quite a few big mistakes and as soon as they made one, we backed it off and knew we had a bit of a buffer. Adam and I know each other extremely well and we’re really good friends, so there were definitely some head games going on, both teams having their little digs… !”

At no time was this more apparent than when in today’s first race Oman Air flew across the finish pipping SAP Extreme Sailing Team to the post.

“It put the nail in the coffin,” recounted Robertson with a grin. “That was huge - especially after trailing them the whole race. Then we did the same to Alinghi in the second race.”

“The support we get from them is huge and goes way beyond just the sailors : Our shore crew did an amazing job before we showed up and got the boat in top shape for us. So happy days.”

Alinghi was on the ascent today having transformed into ‘Extreme Sailing Series’ configuration with Arnaud Psarofaghis moving on to the helm and with French 470 ace Nicolas Charbonnier coming on board to call tactics. In both races today they attempted port tack starts and this worked especially well in the first. In the second Psarofaghis admitted they had misjudged the layline into the finish when the right hand wind shift had come through.

“Today the downwinds were really tricky because it was foiling in the first race and then we had to adjust to ‘low mode’ in the second, but we are pretty confident in terms of what we need to do. The championship was great and the GC32 fleet is getting stronger every day.”

A work schedule overlap compelled Ernesto Bertarelli to head back to Europe last night but not before he had all but sewn up the GC32 Championship Owner Driver trophy. Alinghi started today 45 points clear Jason Carroll’s Argo. Despite disappointing results this week, Carroll, the two time Melges 32 World Champion, remained positive.

“It’s good for the class and it is fun to sail with all the teams, because we don’t get to see them all that often. I hope we do it again next year, maybe with more wind and a little bit closer to home”.

All of the teams have improved this week and even the two tailenders : SVB Team Germany and Youth Vikings Denmark, both youth teams, each put in a fifth place finish today.

“We’ve learned a lot - the young guys hopefully more than I did and that’s the name of the game,”

said Youth Vikings Denmark skipper and coach Michael Hestbæk, who admitted they have been struggling to find straight line speed this week.

Plans are already afoot to hold the next GC32 Championship in 2018. Racing for the GC32s continues next Wednesday with Act 1 of the Extreme Sailing Series here in Oman while the GC32 Racing Tour fires up on 11-14 May at Riva del Garda, Italy. 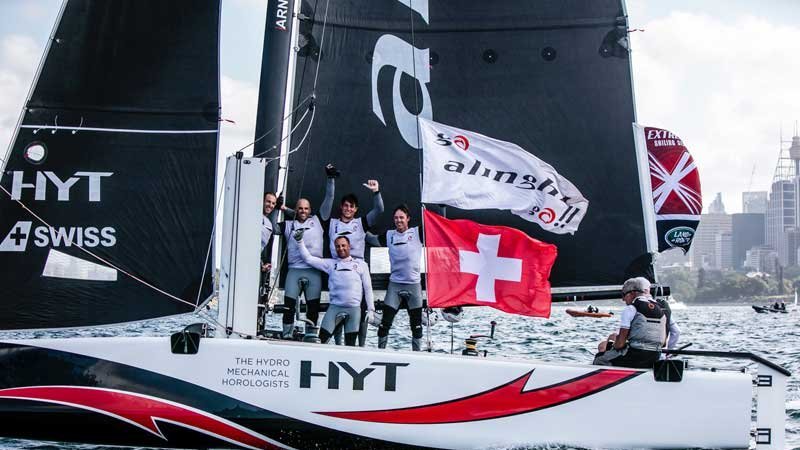 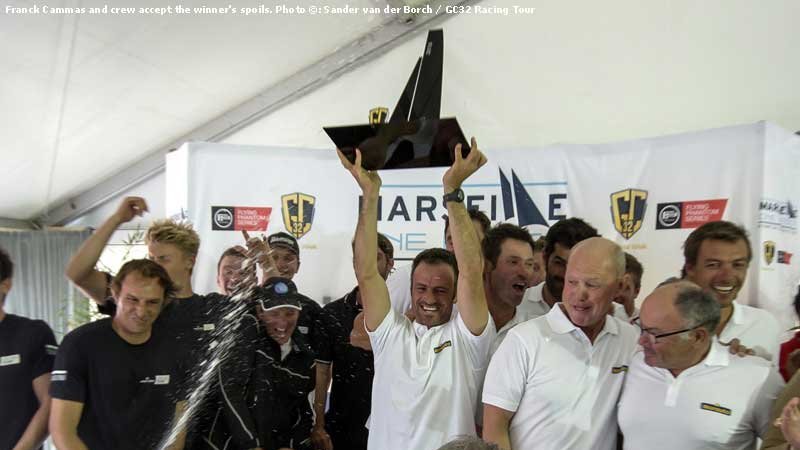 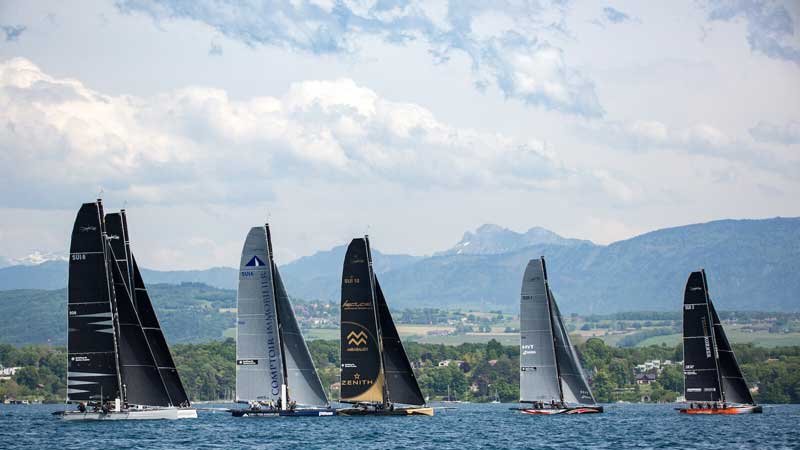 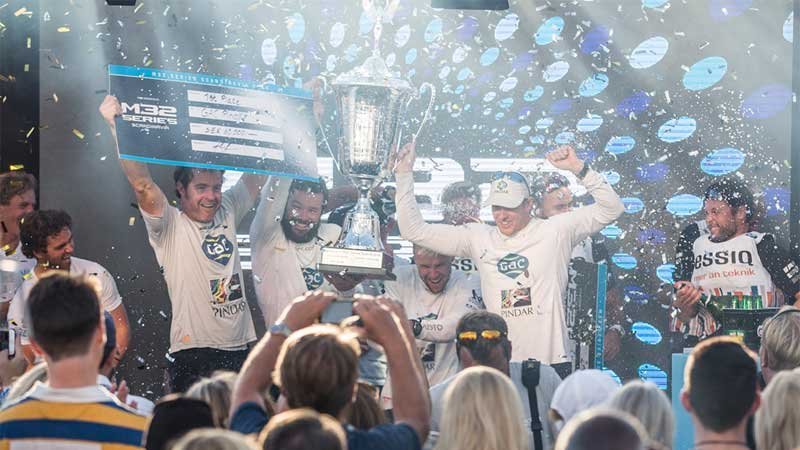